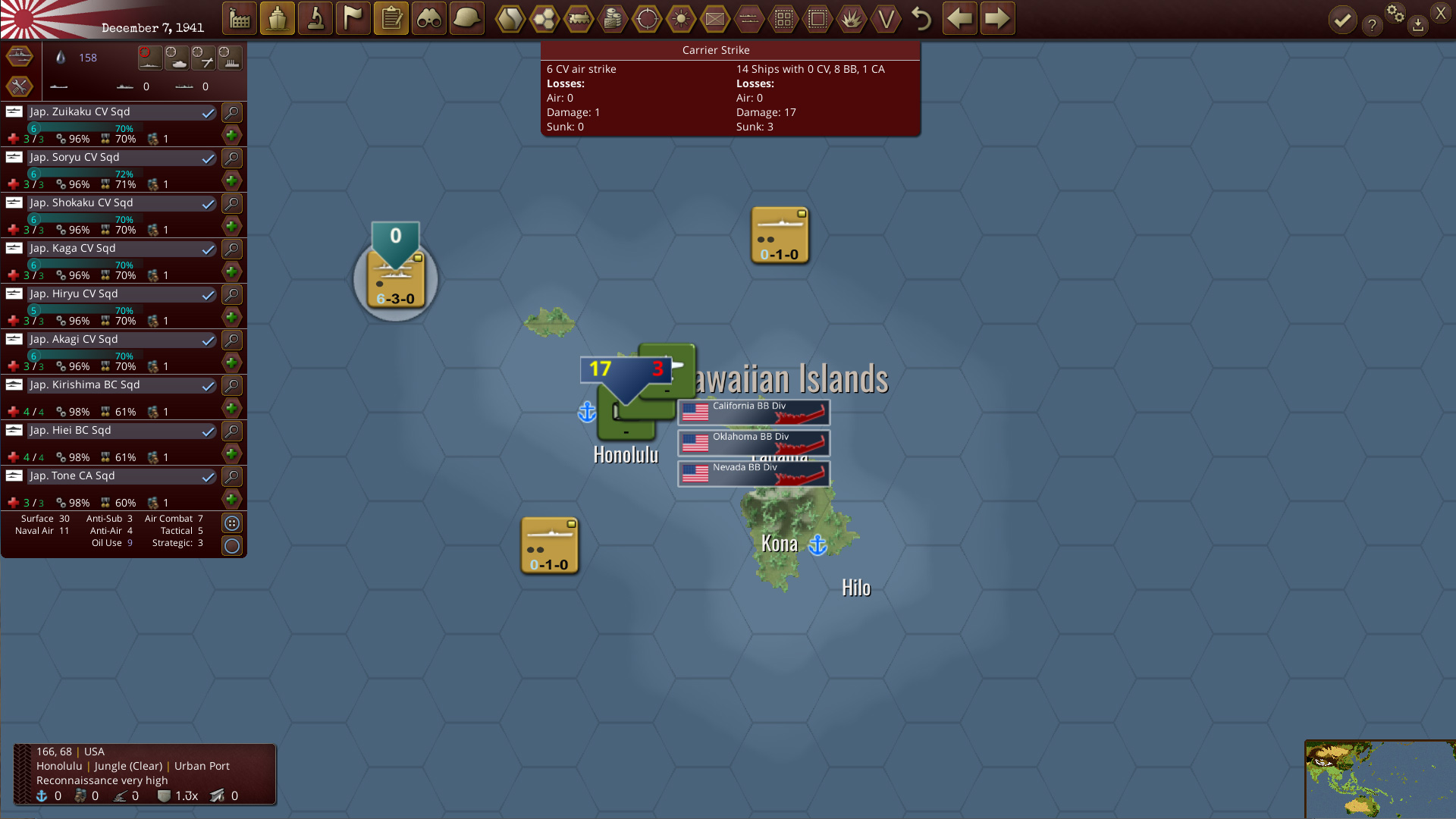 WarPlan Pacific is an operational level wargame which covers all the nations at war in the Pacific theatre from December 1941 to 1945 on a massive game scale. 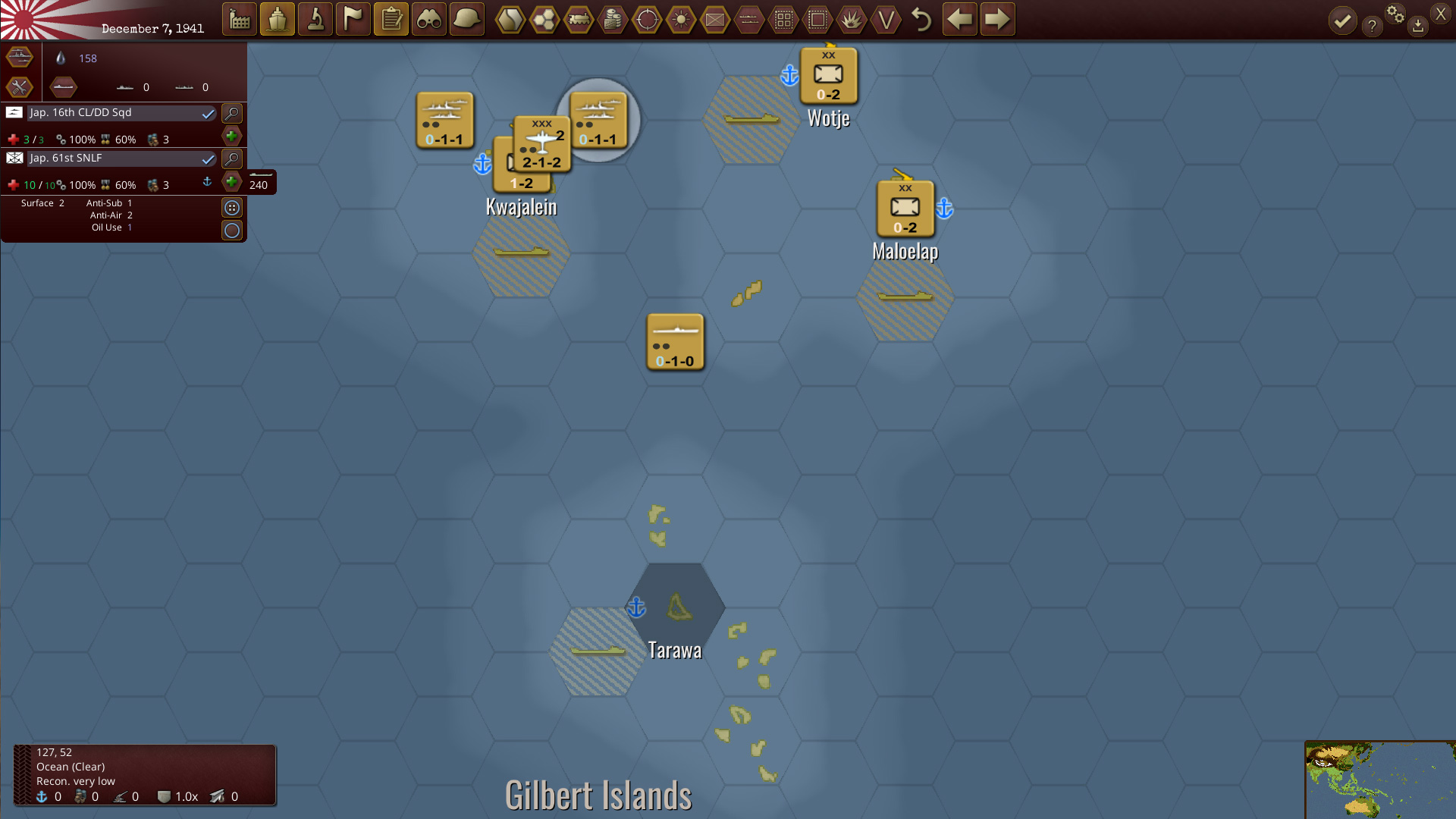 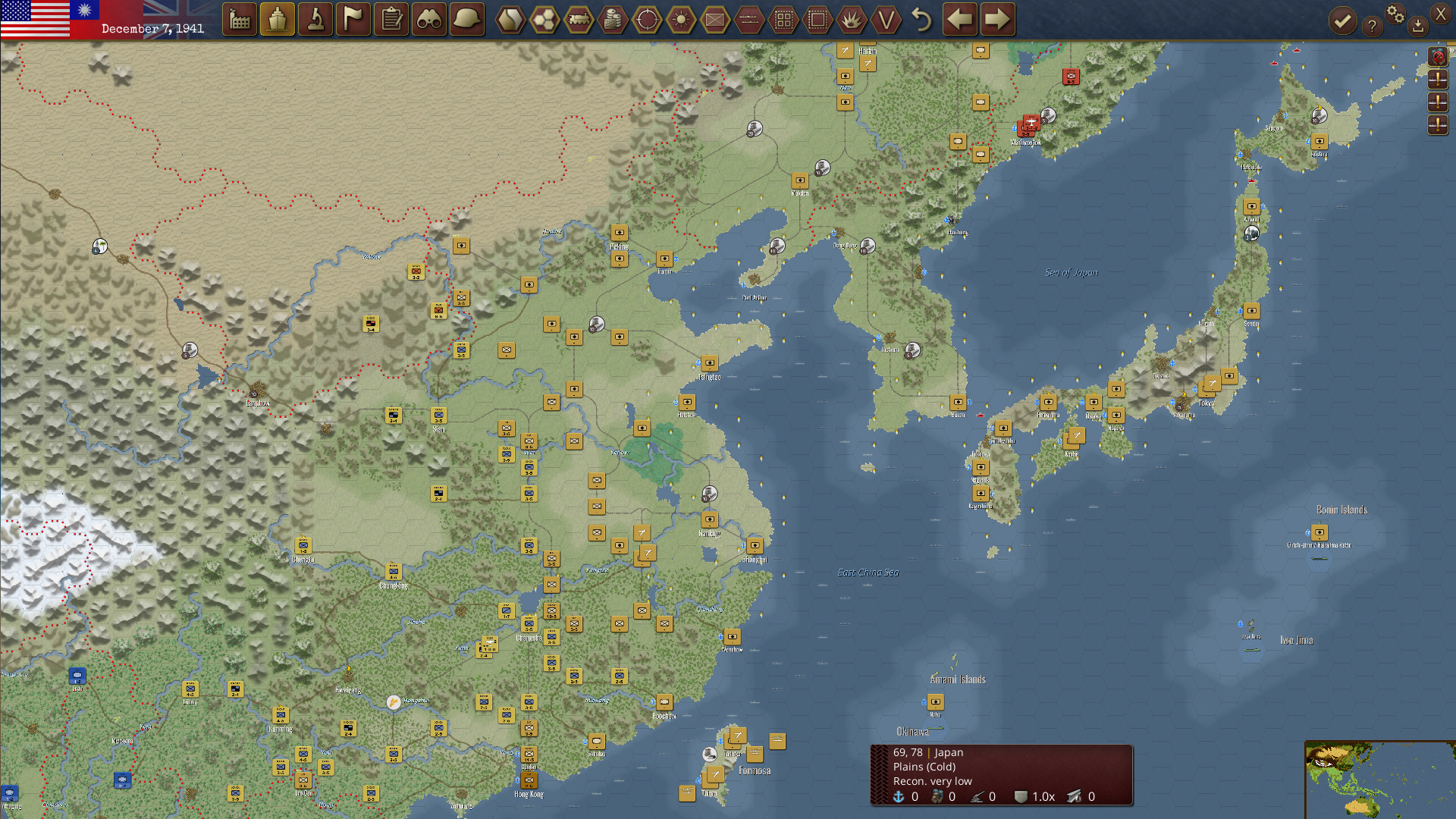 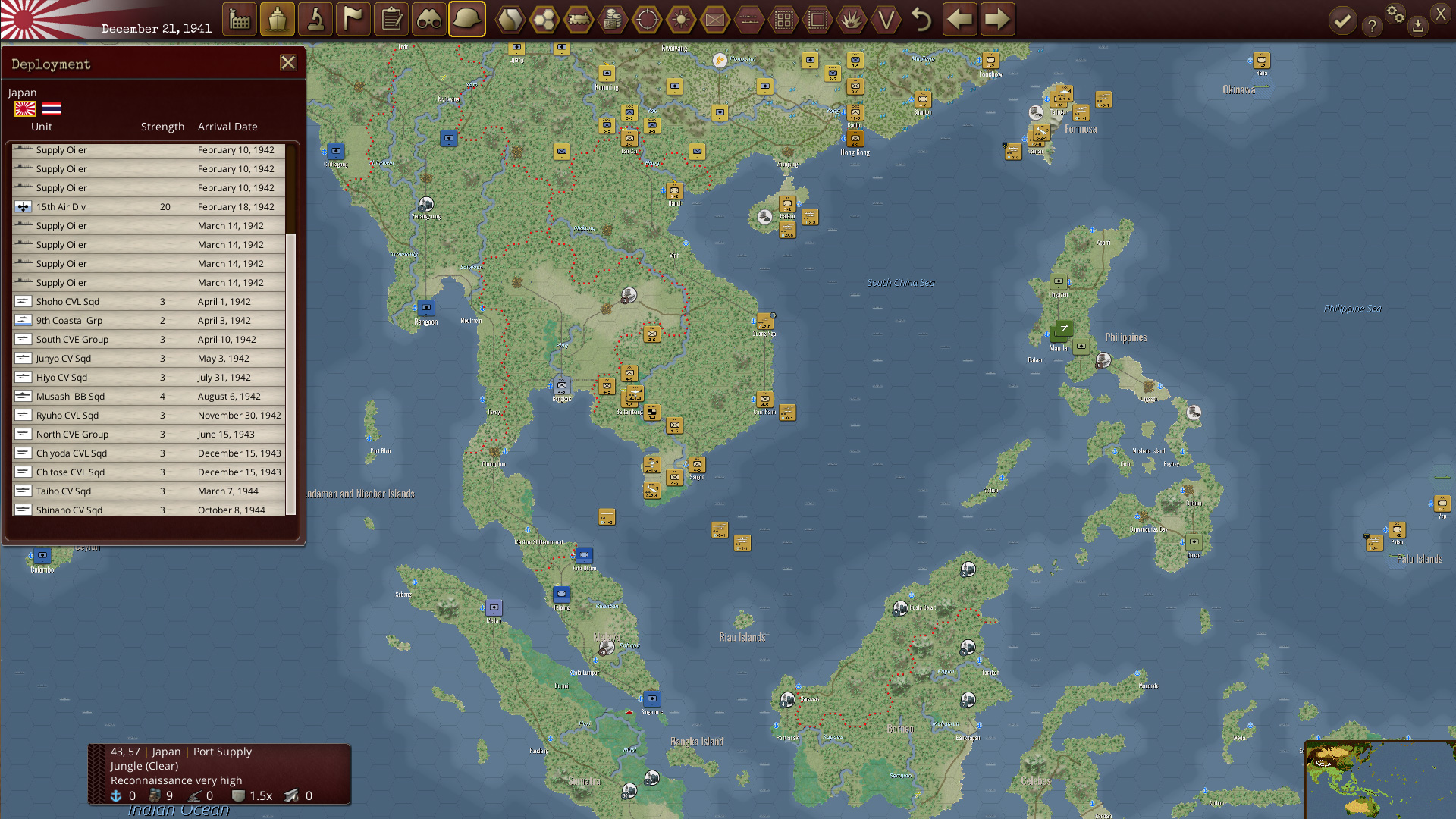 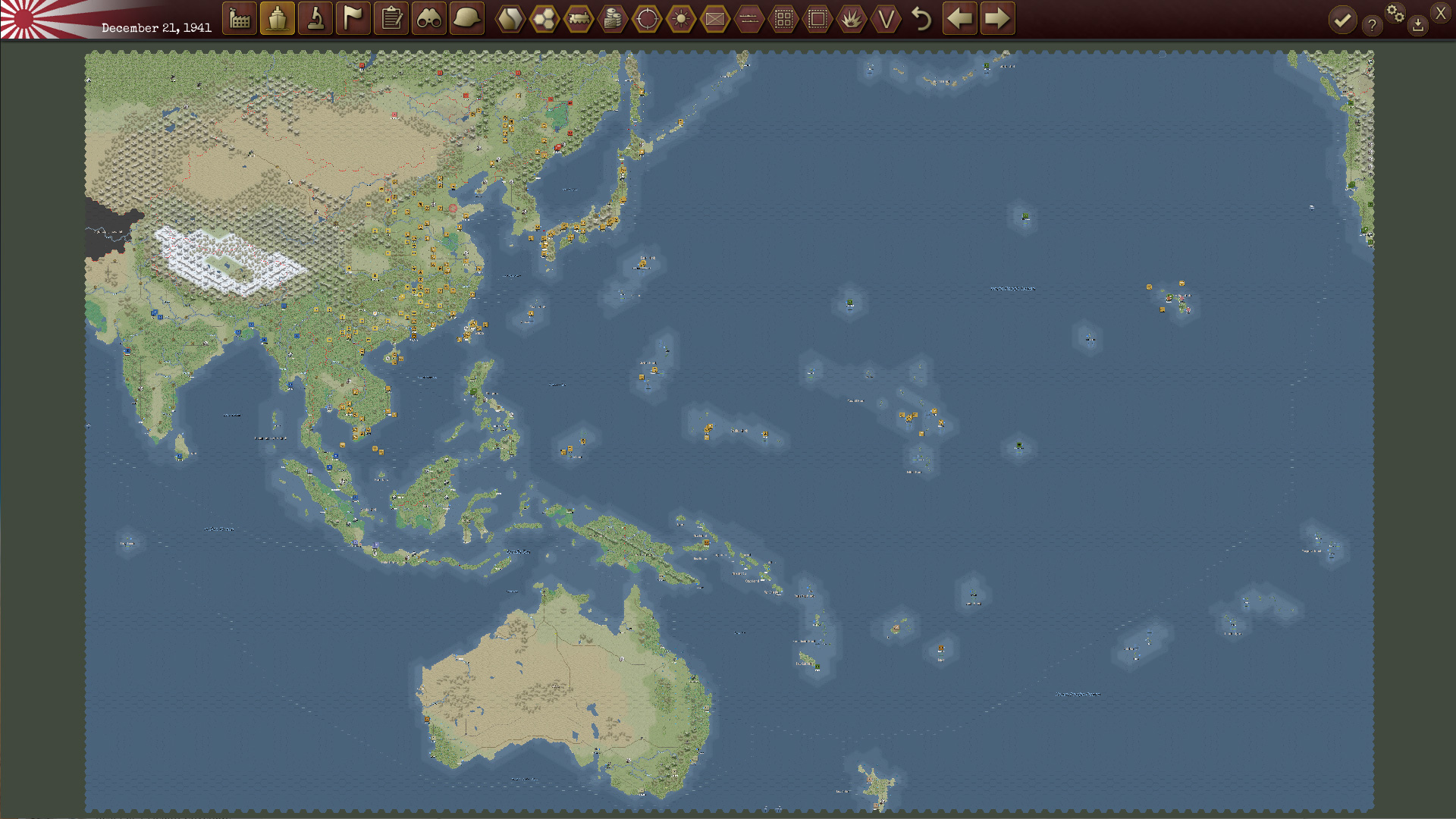 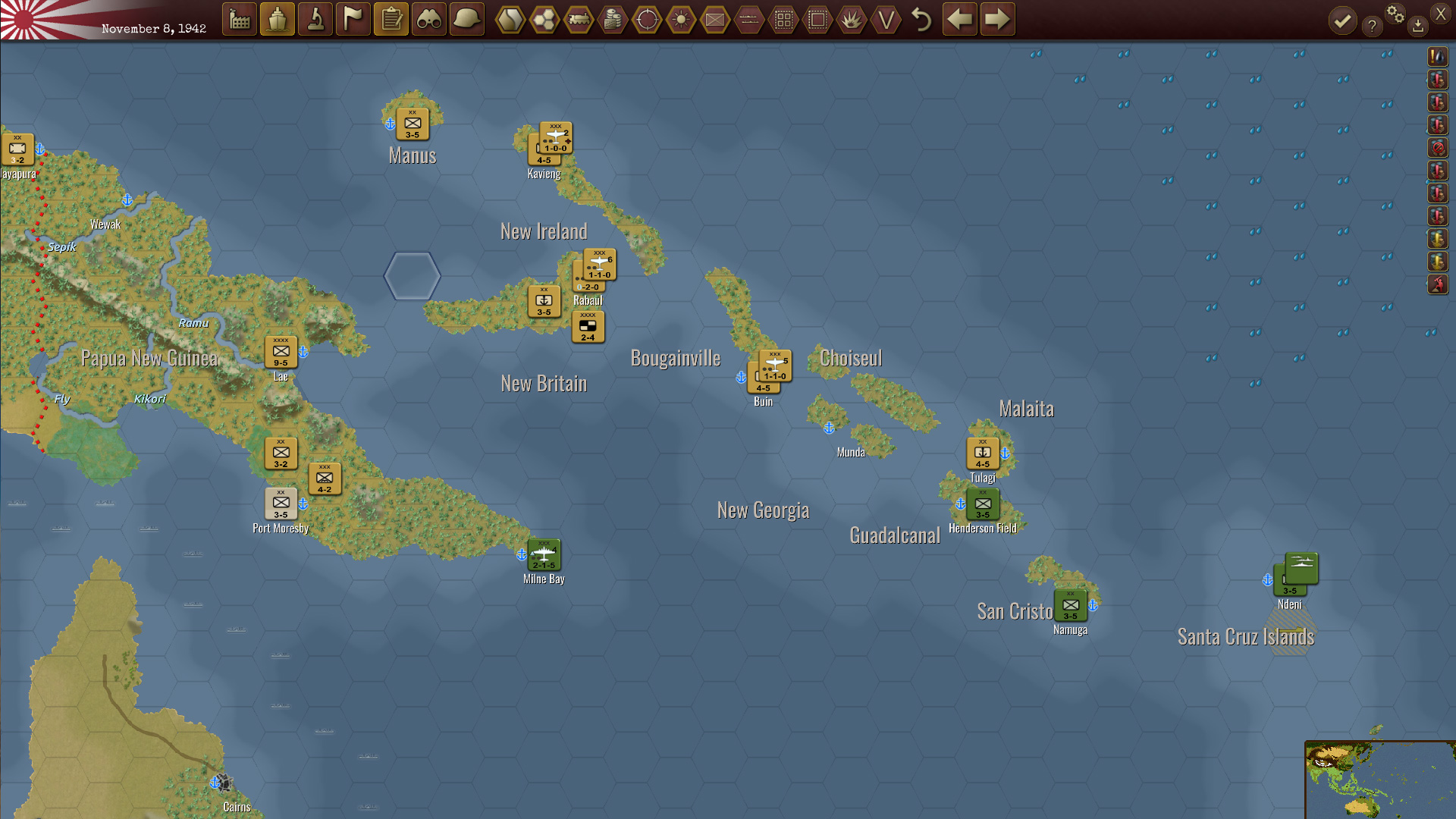 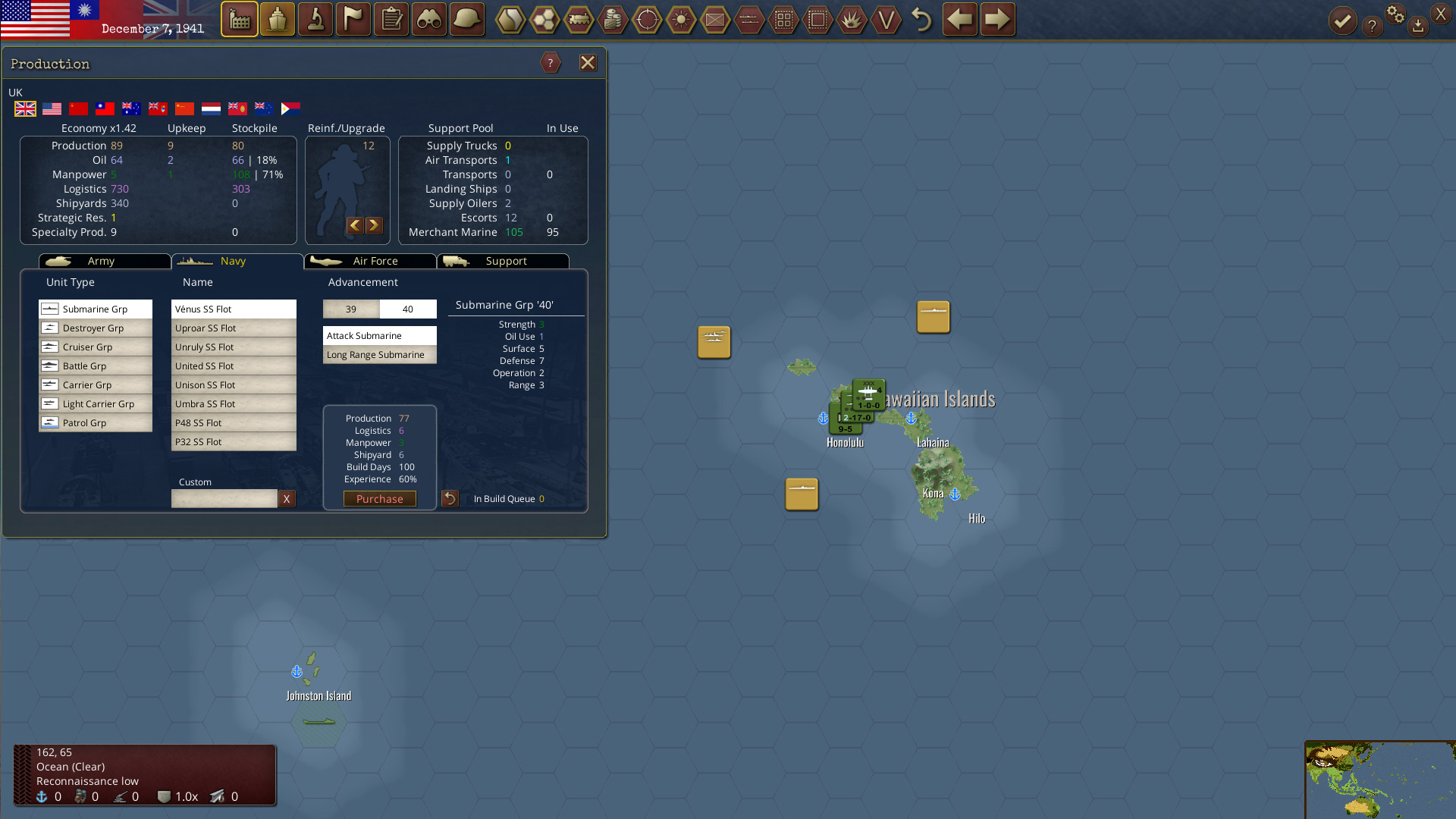 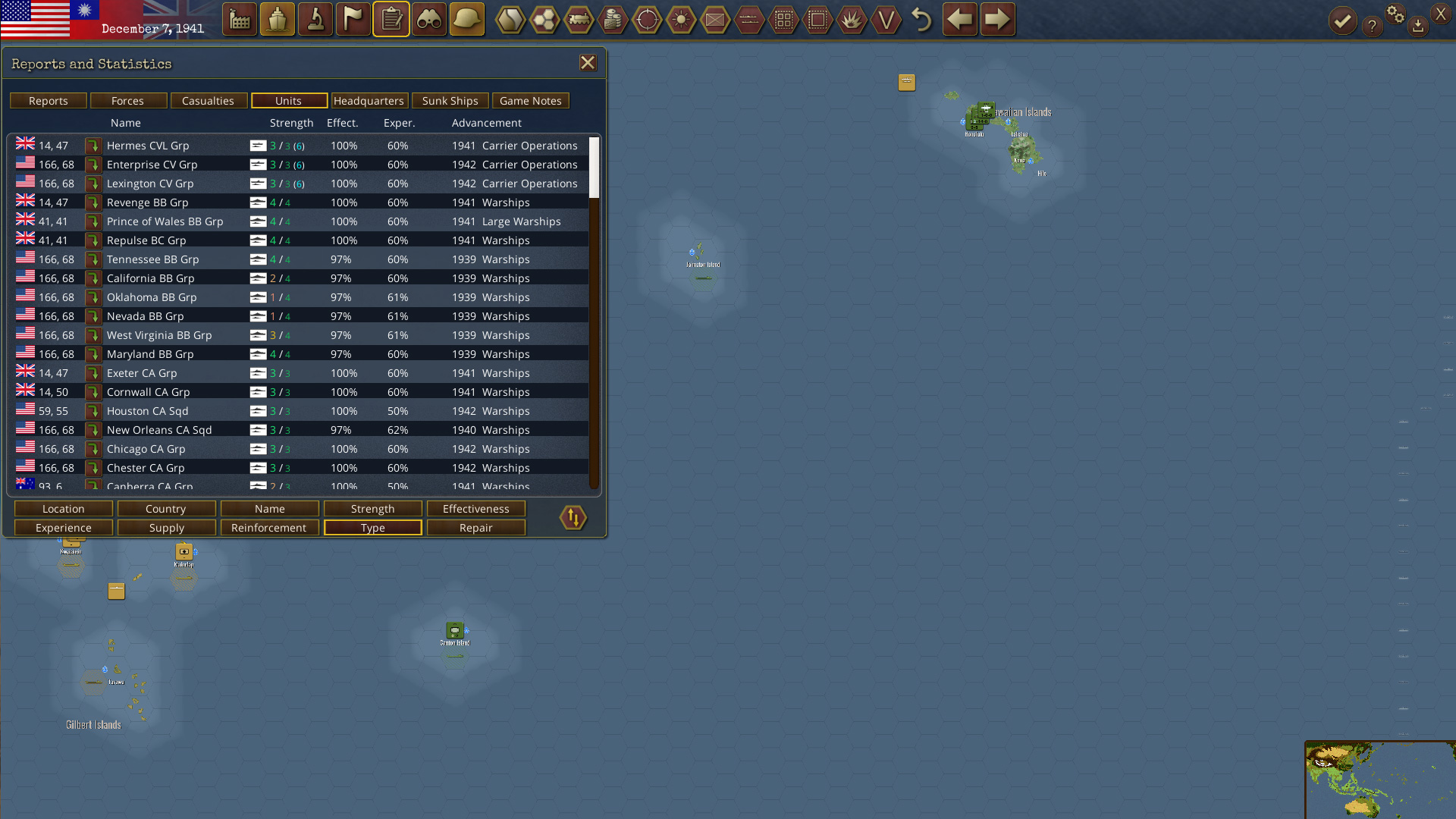 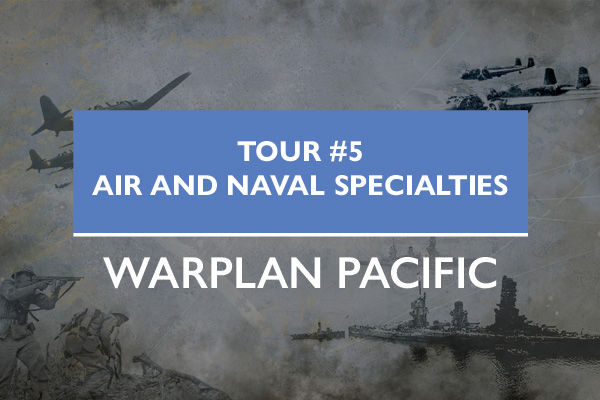 Apr. 12, 2021 - The 5th episode of the Warplan Pacific tour with Alvaro Sousa is now available. 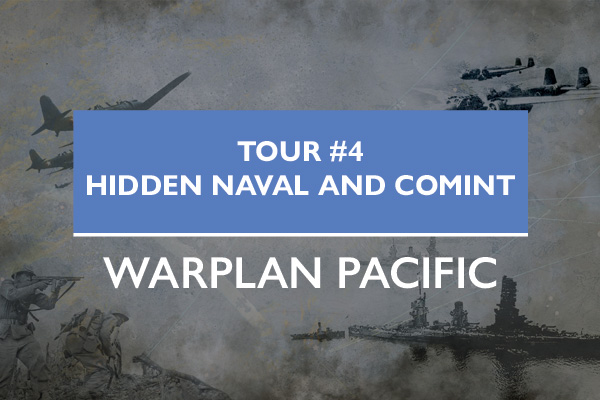 Apr. 06, 2021 - The 4th episode of the Warplan Pacific tour with Alvaro Sousa is now available. 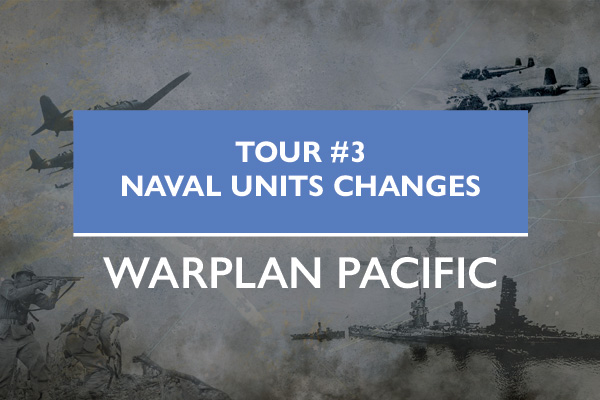 Mar. 29, 2021 - The third episode of the Warplan Pacific weekly tour with Alvaro Sousa is now available: this week,… 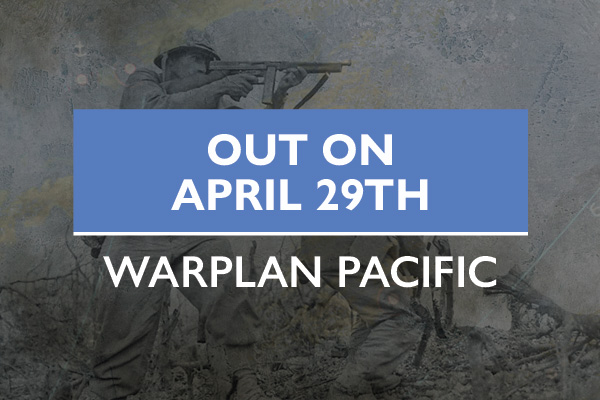 Warplan Pacific will be released on April 29th

WarPlan Pacific is an operational level wargame which covers all the nations at war in the Pacific theatre from December 1941 to 1945 on a massive game scale.

WarPlan Pacific uses the same game system as WarPlan Europe with additional features and improvements. The game covers all the nations at war in the Pacific theatre from December 1941 to 1945.

MAP
The map is Hex based, with 15 different types of terrains subdivided into sizes with each different features including motorized and non-motorized movement, airfield capacity, and defensive bonuses; 12 different resource types with new city images, 5 different strategic resources.

Realism is enhanced by the presence of Fog of War, with detection levels that determine information of units. Moreover, 5 different weather conditions make the whole gameplay more challenging. With the Pacific theatre communications intelligence is introduced for more enhanced naval action.

Combat takes place on Land, with multihex attack based on operation points allowing for multiple moves and attacks allowing for frontline breakthroughs, on Air, where you can attack selected targets and may automatically support land attacks, attack supply convoys, and protect convoys, and on Sea, where fleet and raider modes affect detection. Night action, Surface, Pursuit, Sub, Sub Hunter, and Carrier combat are available. Use the Zone of control to restrict the movement of the enemy land formations.

Additionally, units can be impacted by: Breakdown - Land infantry units can be split or reformed, corps may detach a division, armies may split, Formation – Small infantry formations may be grouped into larger ones, Generals - Each player comes with their own generals that affect combat, mobile attack, and retreats, Support pool Units - 11 different support types. Naval units stack in fleets. Stacking is 1 land, 1 air, 1 fleet per hex. Land units have the capacity of having a specialization. This is an attachment of equipment, elite trained units, or gear. With advancements, this allows for 120 different land unit configurations.

Production takes into account oil, manpower, logistics, strategic resources, trade agreements, convoy zones. The system allows you 17 different advancements and each unit has at minimum 2 advancement choices. You can have 47 different unit configurations. The supply system is based on cities, rail, ports, headquarters, and distance from railways. The supply system more accurately represents the difficulties of supplying troops overseas in the Pacific. The WarPlan engine has a built in diplomatic mechanic available but for the Pacific theatre it is disabled at the scenario level.

Pacific 1941 – This scenario starts on December 7th 1941 with the attack at Pearl Harbor. It allows the players to experience the full war from start to finish.

Pacific 1942 – This scenario starts on May 1942 just before the Battle of Coral Sea. This allows players to skip the initial landings and get right into the carrier battle action.

China 1937 – Replay the invasion of China until the start of the war in Europe. Excellent introduction scenario for the land war.

Okinawa 1945 – A short introduction scenario so players can get a feel for the land and naval systems.

Solomons 1942 – Experience one of the most challenging and interesting segments of the Pacific war. Equal sides, different strengths, weaknesses, and goals.

WarPlan Pacific includes an editor to allow modding and creation of scenarios. More script options are available in WarPlan Pacific.