Close Combat The Bloody First has been updated to version 1.1.1!
This is truly the Big 1 update and it is full of nice additions and improvements. 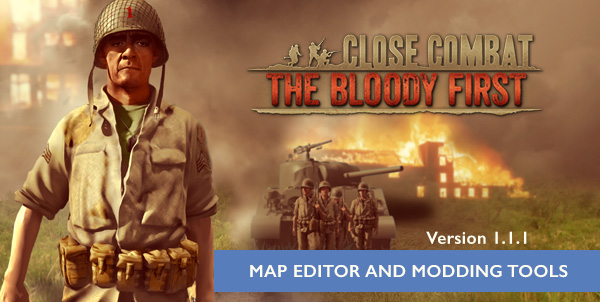 The most significative element in this update is the introduction of the Map Editor along with a full range of Modding Tools.

The new modding kit allows you to customize single battles, campaigns, scripting custom behaviours for a battle, adding new units and terrain models to the data set using the import tool, and many more additions!

The editor is accessible from the game launcher. Full instructions below.

News is not over! To celebrate this important milestone, the whole Close Combat Franchise is on sale! The Bloody First is 35% off! The offer lasts until April 6th at 5 PM GMT (only for digital editions). Take a look at the offer here 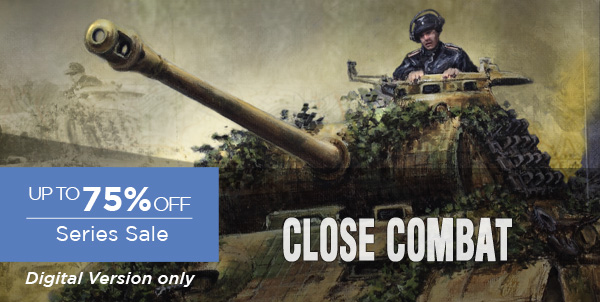 Get the update from here!

Take a look at the full changelog here below:

Map Editor Changes:
• Press ‘P’ key to toggle cursor terrain and coordinate display.
• Mouse over an object and hit PgUp/PgDn to cycle through the possible variations in model / texture.
• Better alignment of fences and walls when placing them in a row.
• Battle damage type objects (foxhole, gun pit, craters) cannot be created via the editor and no longer show up in the object list. May be implemented in the future.
• Fix for mods loading custom maps while using the stock campaign.
• Fixed missing default textures on dead cow objects.
• Fixed incorrect texture names in data file for low stone wall, low mud wall, high mud wall, and wreck objects.
• Fix for mouse handling when Scenario Editor screen is up.
• Fix for hang when mouse over exactly overlapping buildings.
• Fixes for texture loading and saving.


Content Creator Update
• Force Supply Level now updates correctly after each battle.
• Force Supply Level on Planning and Briefing screen now displays correct value.
• Fixed case where Kasserine Pass operation would not becoming available when it should.
• "PLAY <scenario>" button only displays for Custom Battle or Saved Games lists if you have at least one item in the list.