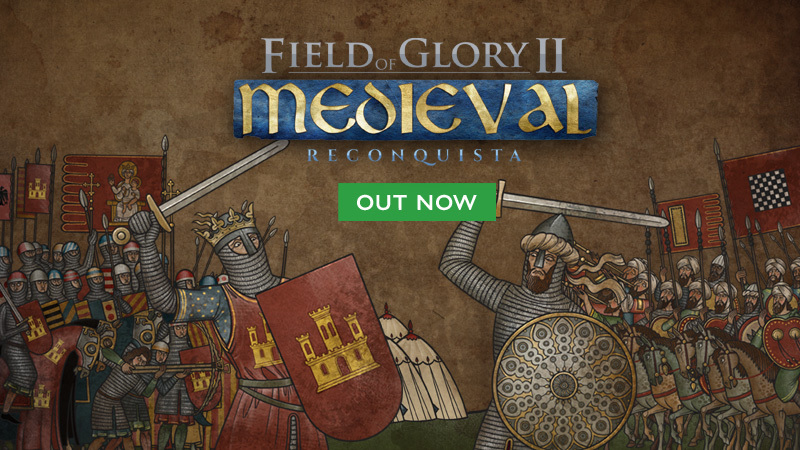 Reconquista, the first DLC for Field of Glory II: Medieval is now available. Expand your game experience by taking command of the conflicts that have affected the Iberian and Italian Peninsula from 1040 AD to 1270 AD.

Lead your army to victory through legendary battles that have inflamed southern Europe for decades, with 20 more nations and factions covering Spain, Italy and North Africa, including:

Create your historically realistic battlefield for custom scenarios that can be played against the AI or human opponents using Slitherine’s easy to use PBEM3 server.

Moreover, a new Bundle will be available, containing Field of Glory II: Medieval and Reconquista with an additional 10% discount.

Don't let your guard down, as the battle continues in Field of Glory II: Medieval - Reconquista.