Storm of Arrows the third DLC for Field of Glory II: Medieval will be available on February 10th, 2022. 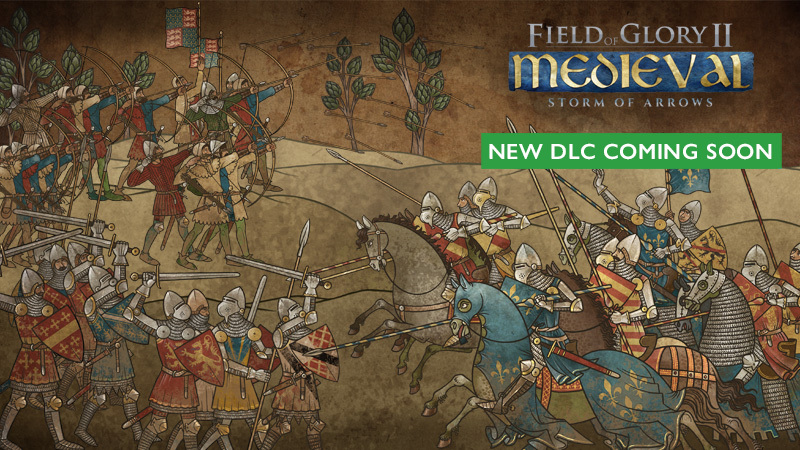 The one and only tactical strategy game with “tin digital soldiers” set in Medieval age, reaches the golden era of the mighty heavy knight charge and the longbow with Storm of Arrows DLC, set in the 100 Years War.

This new DLC will include: