Field of Glory II: Medieval returns with its second DLC "Swords and Scimitars". Set in the 11th to 13th centuries AD, the game focuses on the Crusades and the Byzantine Empire’s decline from their previously strong 11th century position. 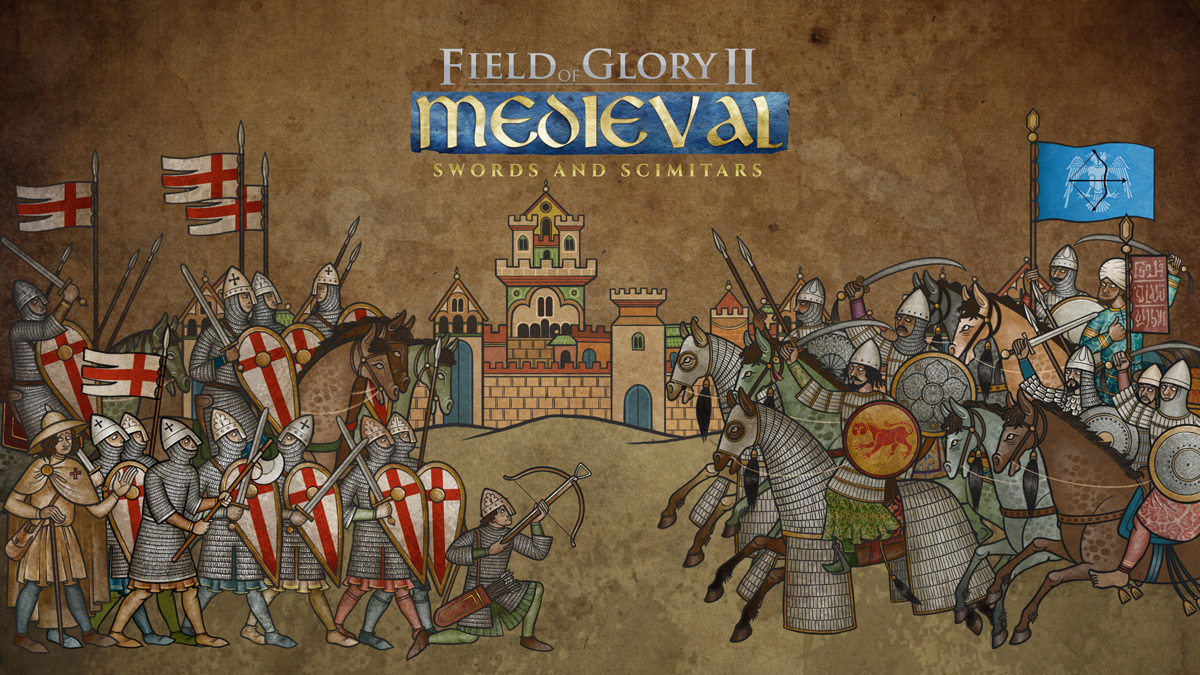 In 1071, the Empire suffered a catastrophic defeat at the hands of the Seljuq Turks at the Battle of Manzikert. These recently converted, islamic nomads took nearly all of Anatolia under Alp Arslan’s expert leadership.

As the Byzantine Emperor Alexios Komnenos struggled, an appeal to the west for mercenary support was seized upon by Pope Urban II. In 1095 he called for a Crusade both to recover holy land and to further his own ends at the Council of Clermont.

The timing was fortuitously right, as the mighty Seljuq Empire had begun to fragment, allowing the First Crusade to eventually capture Jerusalem in 1099. The creation of “Crusader States” following on from this success would lead to two centuries of bitter conflict.

Several major Crusades were to follow, as the Crusader states fought for their existence against a succession of resurgent Islamic states.

Meanwhile, further East, a far greater threat to Islamic civilisation was emerging. The rapidly expanding Mongols had destroyed the Khwarazmian Shahdom by 1231, the Christian kingdom of Georgia in 1239, and the Seljuqs were defeated and forced into vassaldom by 1243.

In 1258 the Assassins of Alamut, and the vestigial remains of the once great Abbasid Caliphate, had also been conquered. Only the Mamluks of Egypt were able to finally bring the Mongol advance to an end, with their victory at Ain Jalut in 1260.

In the Balkans the Byzantine Empire had retained some of its former glory until 1204, when the Fourth Crusade broke the back of the Empire, leaving them a minor state shattered into four fragments.

These are the backgrounds, stories and wars that lead to the new DLC, which will include: