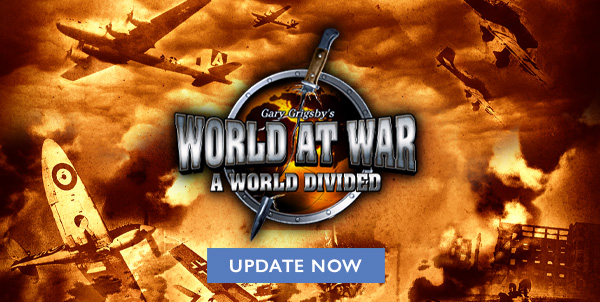 Along with the re-launch of the updated Gary Grigsby's World at War: A World Divided today, we are also pleased to release a new v1.058 comprehensive update, which will bring all existing owners up to the latest re-mastered release version.

The key changes since the last public update are the replacement of the multiplayer system with the new PBEM++ used in many of our other current games, including support for more than two players in PBEM++ games as well as the addition of support for modern operating systems and higher resolutions, up to and including 4k.