As a continuation from last week’s community led Q&A, I will talk a little about community feedback and how we try to balance it as we develop the remake. We’ll also share a few pictures of our own improvements and try to explain the process behind it all.

So, the general rule here at MuHa is that we do our best to read the feedback and keep up to date with community discussions. We then take note of any points that we either find particularly interesting, or pressing, and we try our best to get them into the game.

It is also important to note here, that we have read and continue to read the community forums and wiki as we build our design doc. As such, a lot of our base design choices were already built on your feedback and hard work.

Some of our lovely and creative community members have played with the idea of increasing the colour saturation and contrast on the Wizard art. And you know what, we liked what we saw and have implemented a similar change. We felt the more vibrant vibe went well with the high fantasy theme. All of our Wizards got the colour treatment, and while for some, the change is very subtle, we still feel it was a worthwhile improvement. 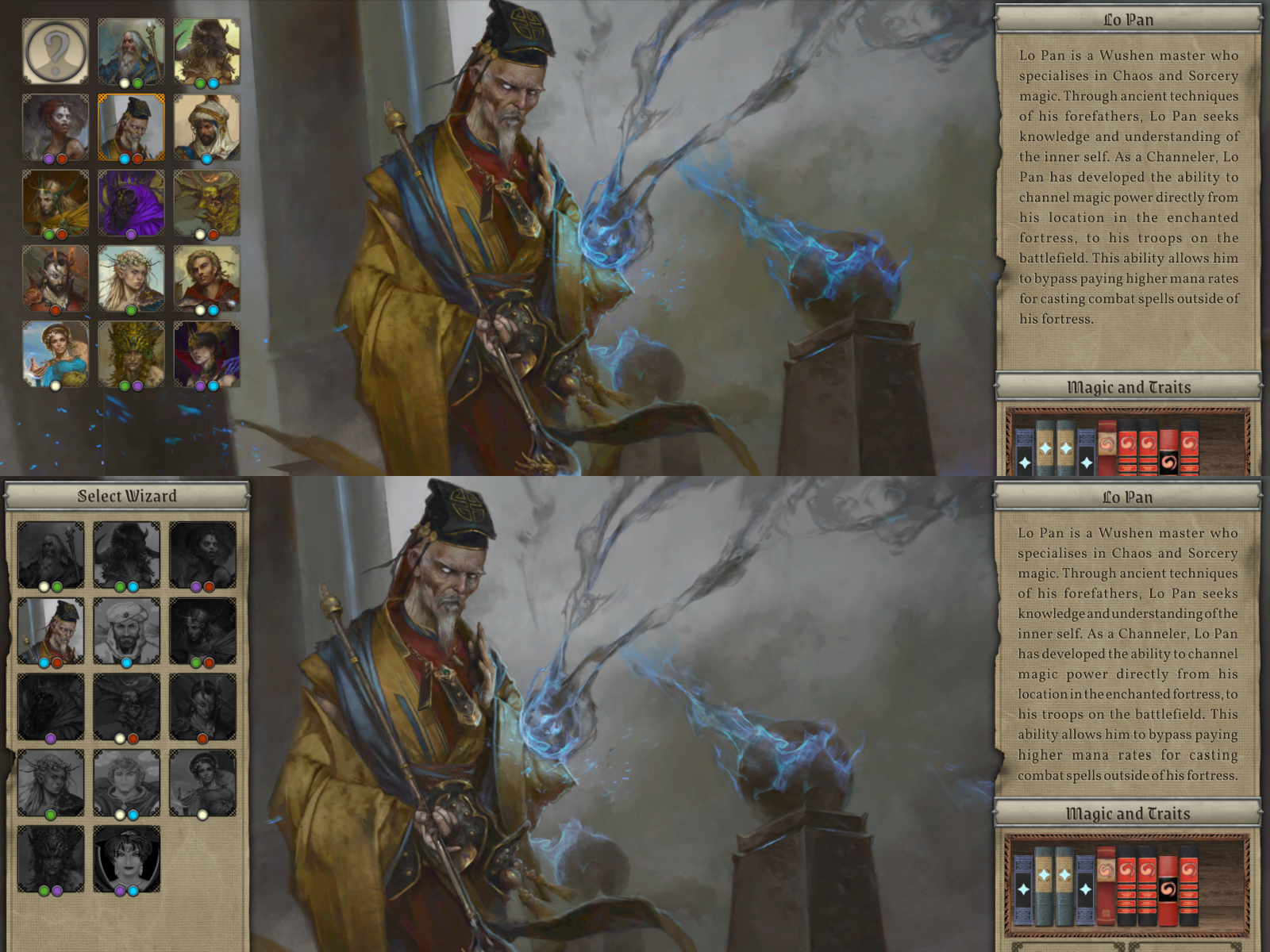 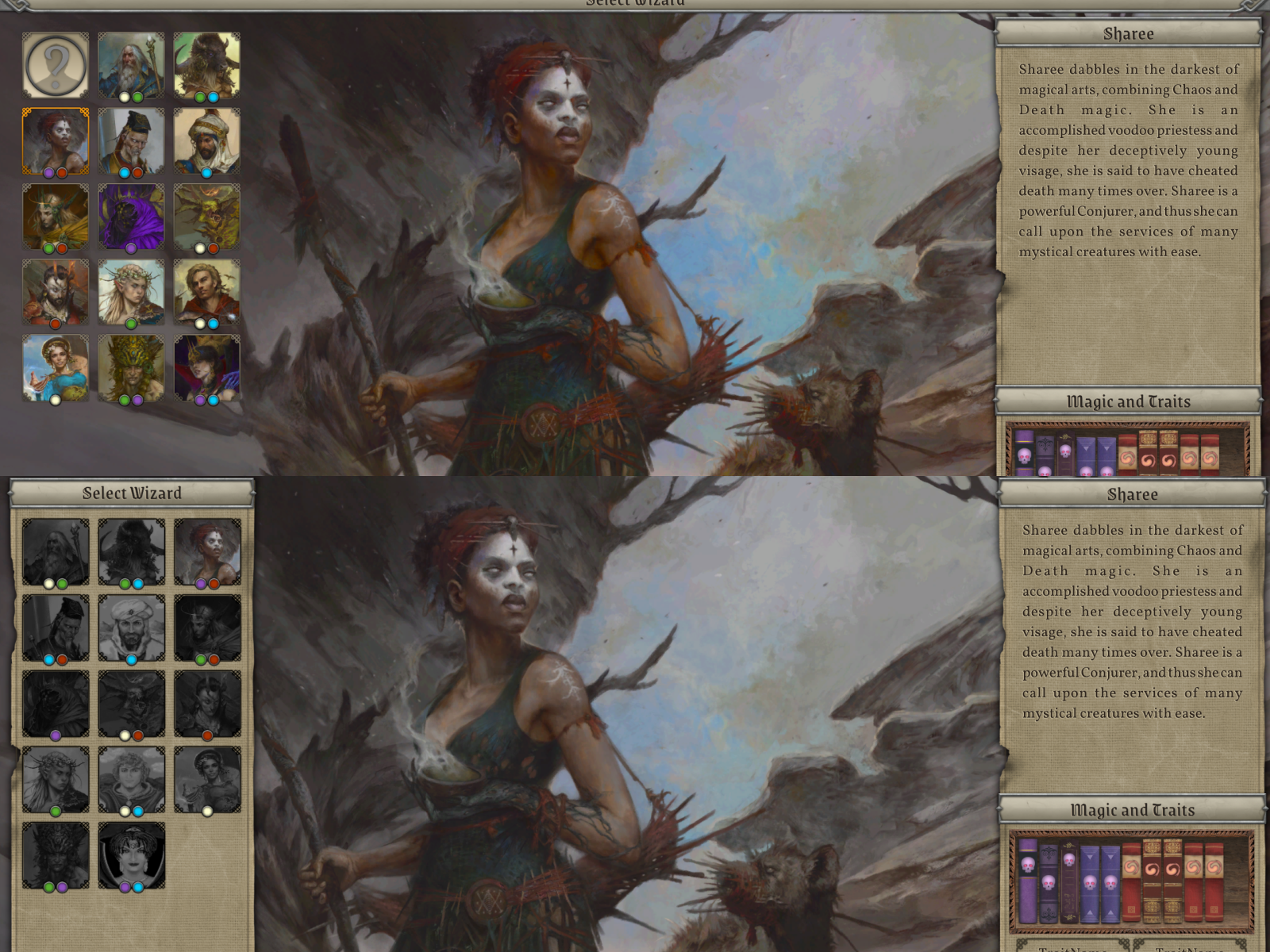 Sharee with  the top image shows the more vibrant version.

We had some people discussing the original town names for Master of Magic and they expressed that the real world names can have a negative effect on immersion. We’ve then had a chat on the various Discord channels and indeed the consensus was reached that the naming conventions could be changed and maybe we wouldn't get our heads bitten off...

In the original, you could encounter cities like, Banbury, Hannover, Stetin or Oxford, so in our remake, we tweaked such names in two ways. First was to make them similar but not the same as the real world places. Second, was to create a more unified naming convention for each race, so that you could guess the city’s inhabitants even by looking at the name plate above the town you are approaching. These are of course small changes, but we felt they would work a little better with the fantasy immersion.

With that in mind here are a few of the new town names. 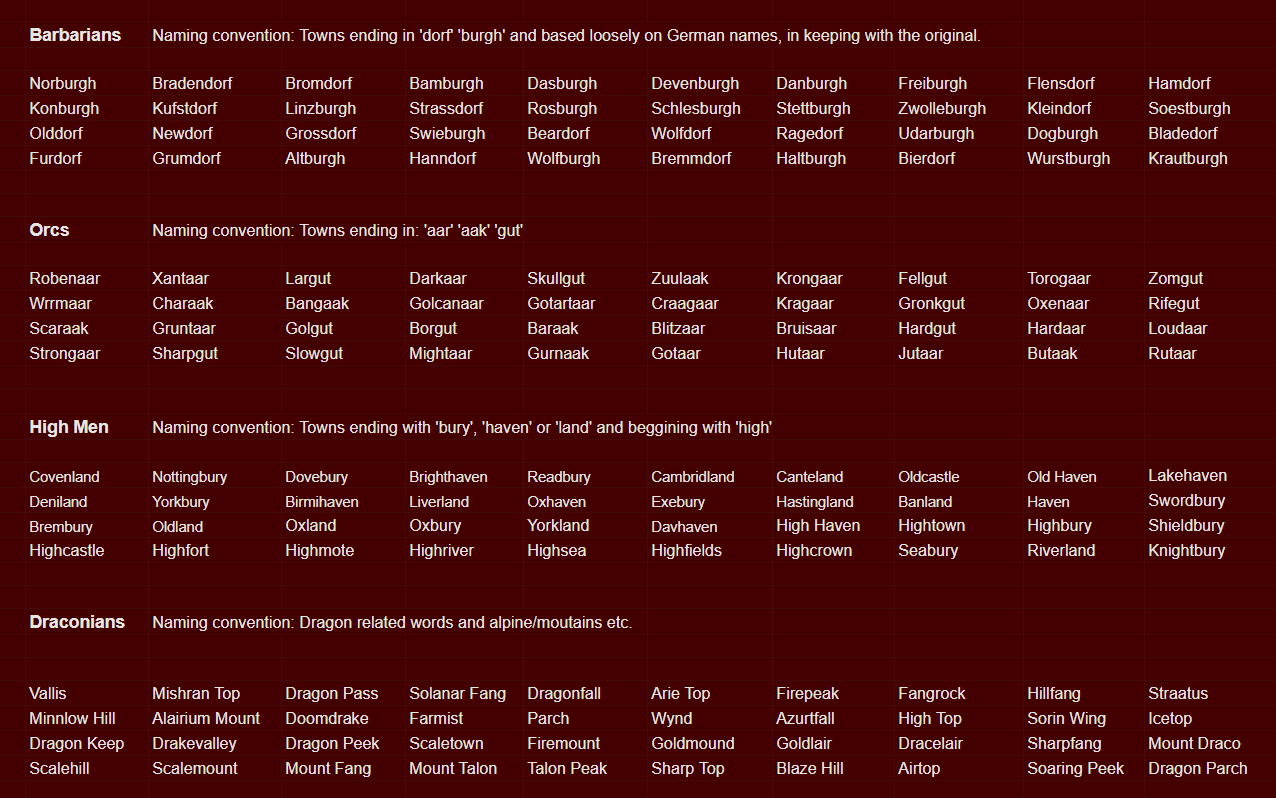 These are obviously only a few small things that we were able to add or tweak with our community in mind, but as we push closer and closer towards a beta build, we will of course continue to listen to our fans.

Wizard gallery
Although most Wizards have now been seen in one way or another via various snapshots of the game, here are some more who did not yet get the old/new comparison. Enjoy. 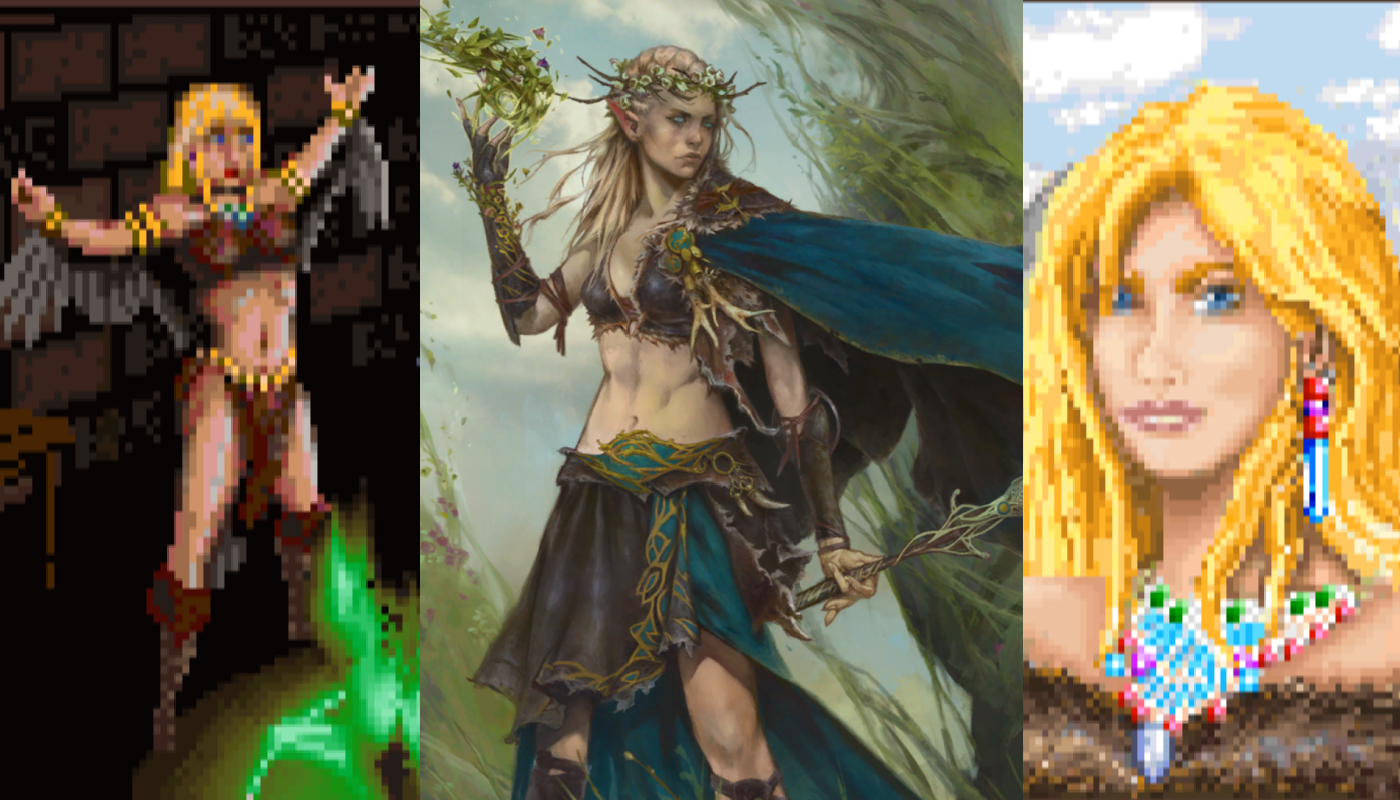 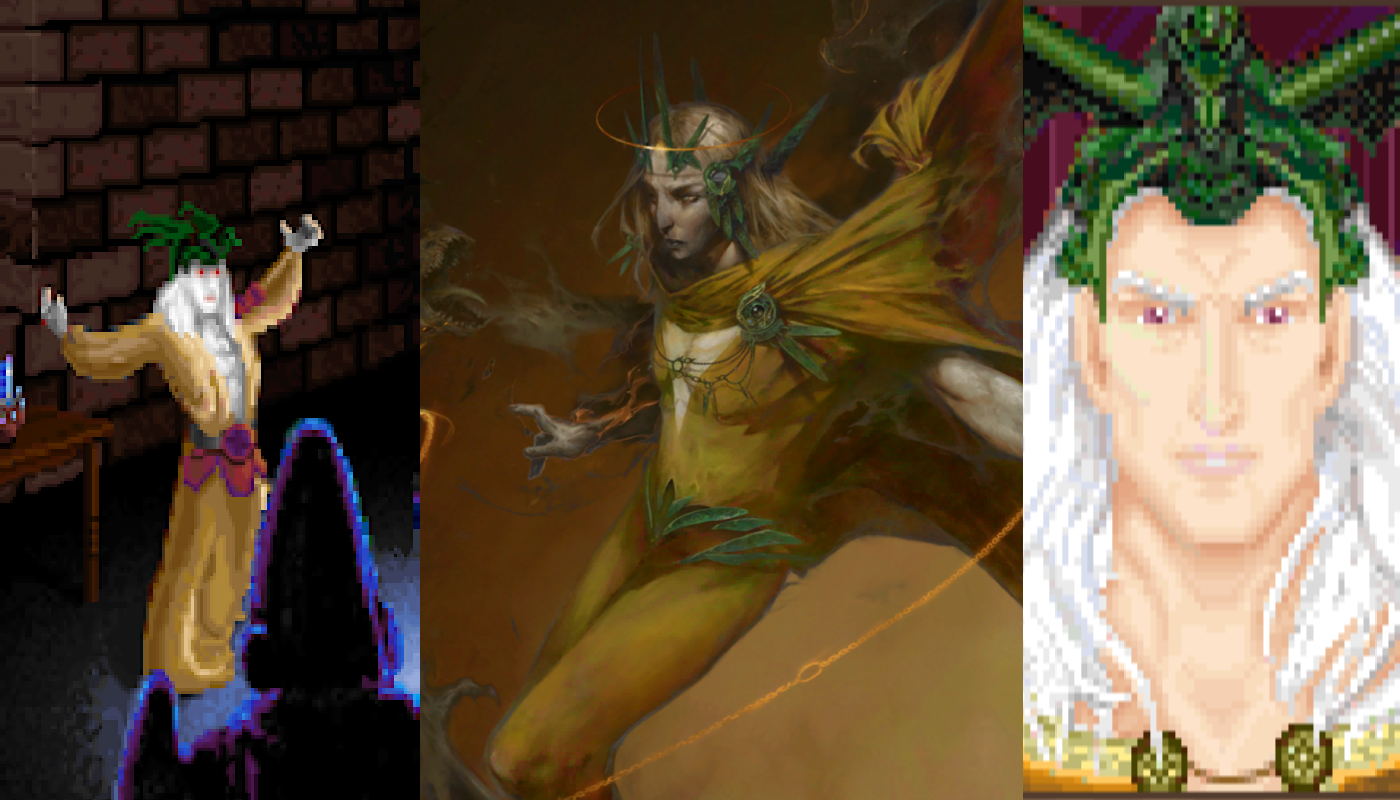 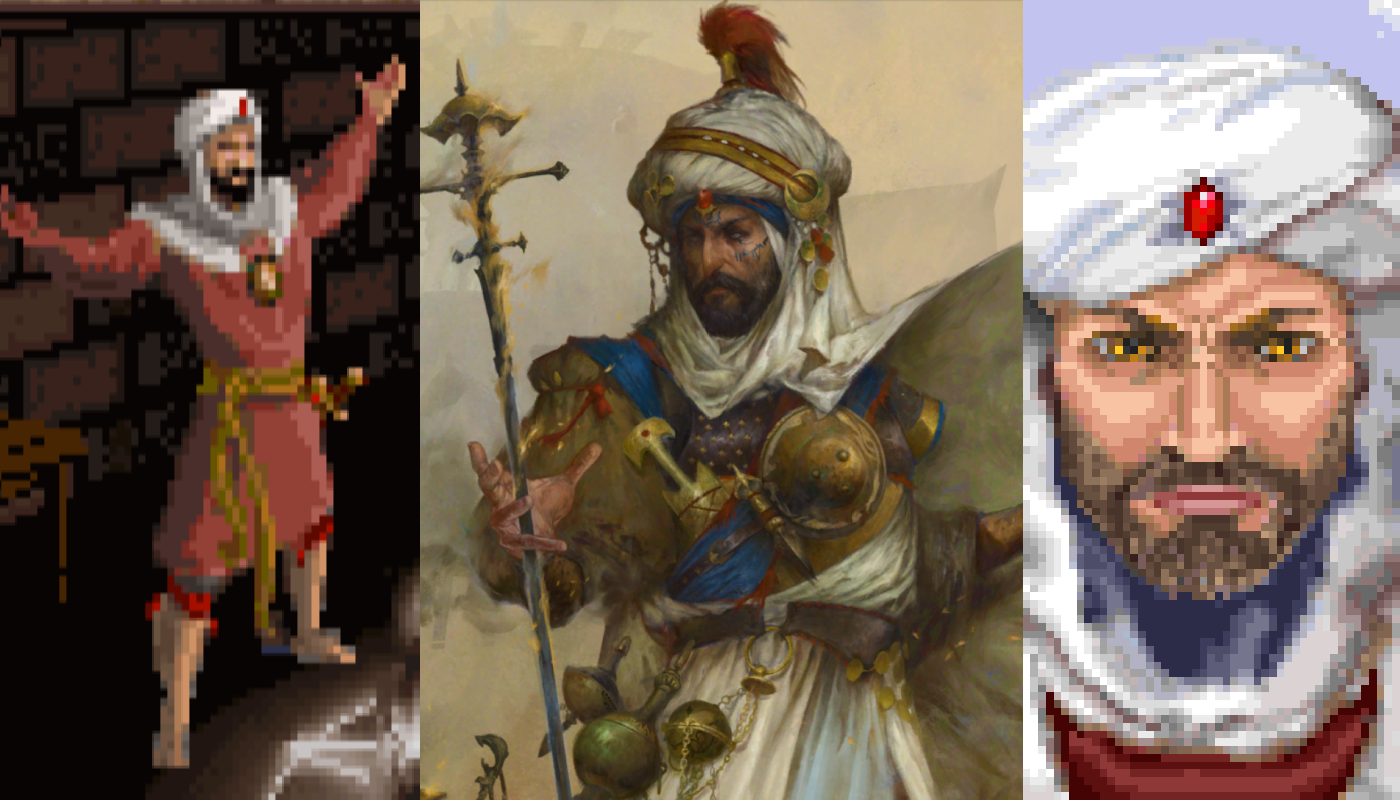 And since this is the season to be jolly, we wish everyone a Merry Christmas and a Happy New Year! 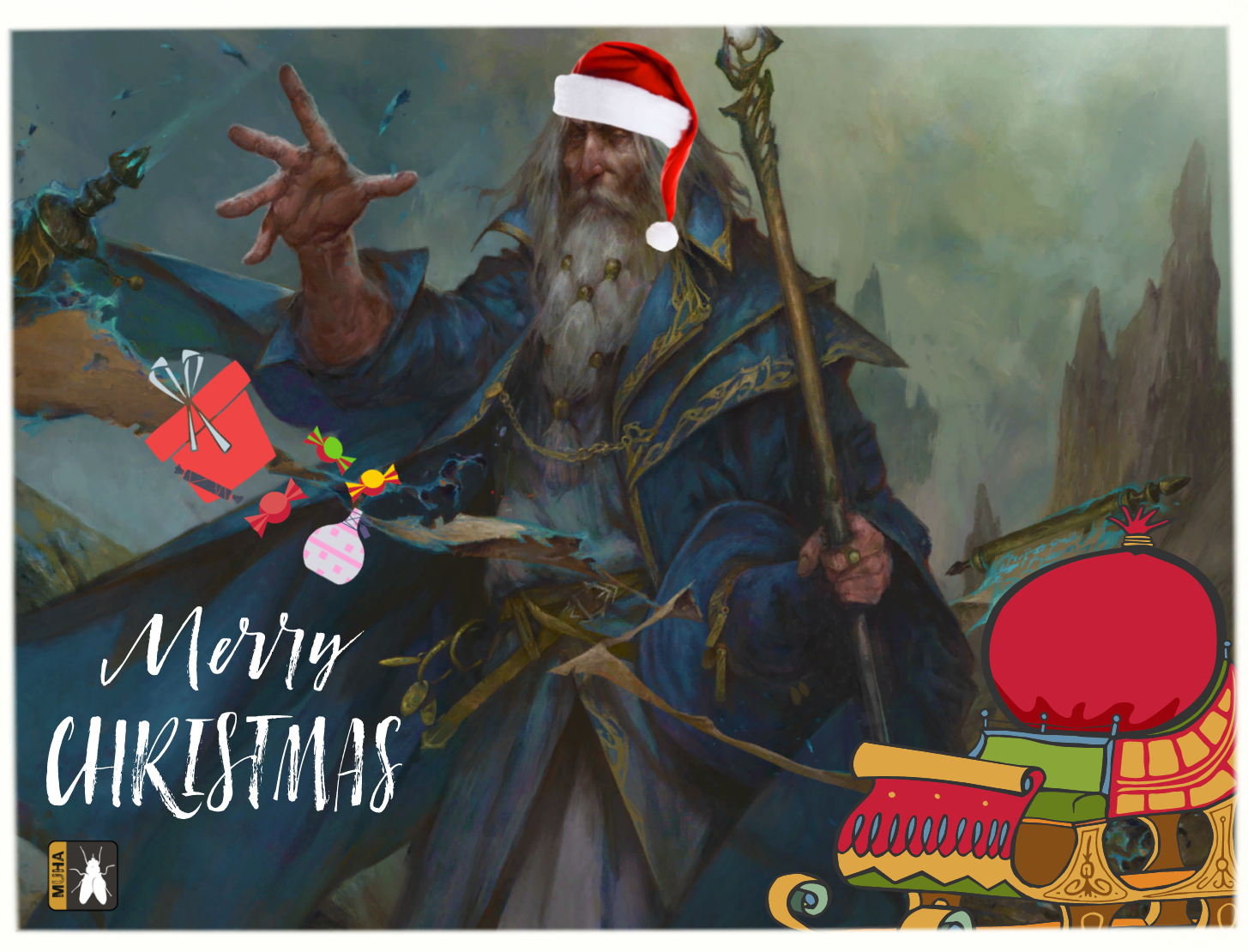