Allies Victorious is the last part of the Allied trilogy for Order of Battle and will be available on September 22nd, 2022.

The new DLC depicts battles from the Allied Normandy landings in summer 1944 to the end of the war in Europe. You will have to defeat the Wehrmacht in France, and liberate Western Europe to finally lead Allied forces into Germany in the last stages of the campaign. 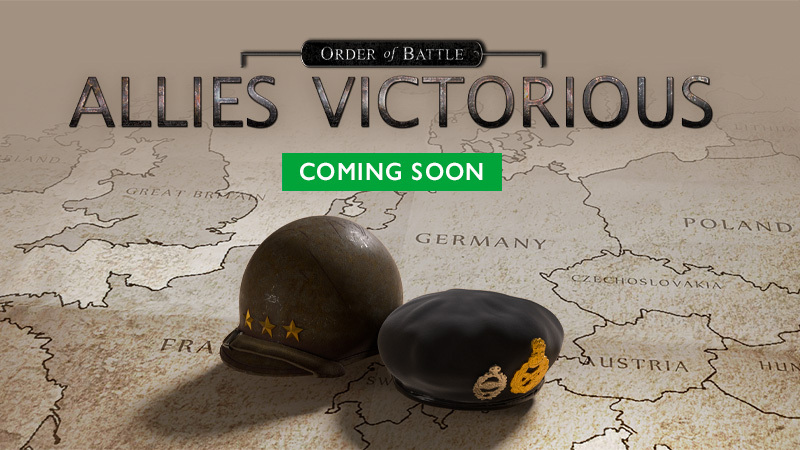 Like all previous DLCs, Allies Victorious also adds a number of new units for both Allied and Axis countries, and some new Allied commanders.

Allies Victorious will be available on PC and console, and you will be able to use Slitherine's PBEM++ system on PlayStation 4 (Xbox support coming soon).

Don’t miss the chance to play the last part of the trilogy!