The Federal Council has been hard at work on new plans, and we are now ready to tell you what is in store for the first year of post-release development of Starship Troopers: Terran Command, live on FedNet! 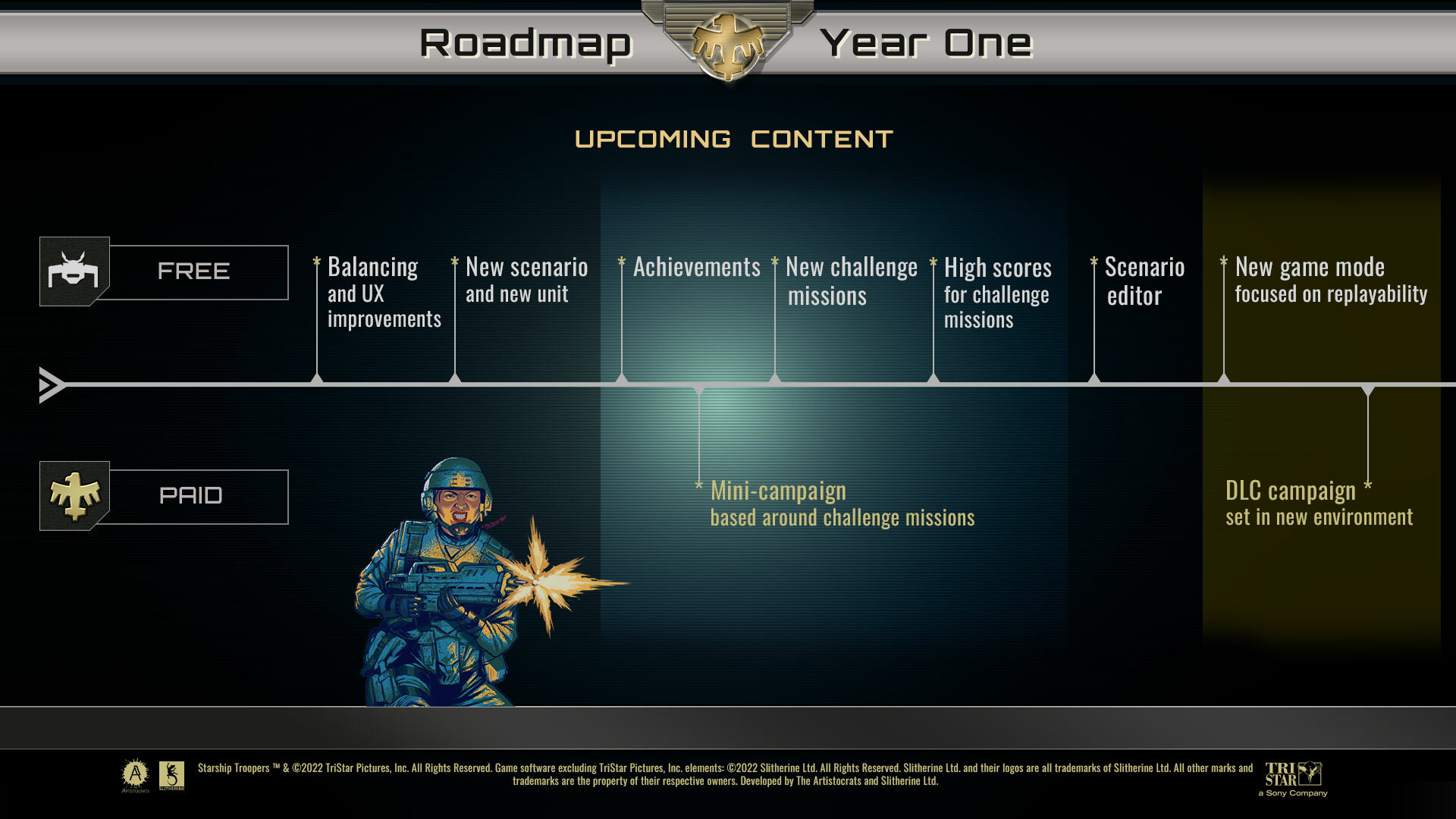 Initial free updates will focus on balance and interface improvements. Following that, an update will contain a new free scenario and a new Federation unit.

The following update will bring Achievements and new Challenge missions. This new type of missions will come with a freshly implemented High Score system.

A Scenario editor will also be released, allowing players to craft their own maps and scenarios.

Finally, a new top secret game mode to enhance replayability is being worked on and will be released in 2023.

We are planning to release two paid-for DLCs within the first year of release: the first is a mini-Campaign based on challenge missions.

A more extensive DLC will follow, with an entire Campaign set in a new environment and featuring additional units.

Would you like to know more? Additional details will be announced later this year.

Speaking of new content, we're about to open a new beta! The Federation once again calls its citizens to their patriotic duty and to help us test some new features.

What does it add?

- A new unit type, a squad of troopers making use of chemical weapons;

- A new scenario, called "Chemical Reaction". Arachnid test subjects have broken out of an experimental lab, and it's up to the player to clear them out;

- The option for units to prioritize certain types of enemies automatically, a highly requested feature (and very useful for snipers);

You can find the full changelog here, an you can start applying to the beta here. Please note that a Slitherine account is required, but you can register one for free. Actual access to the beta patch will be given to those testers who have been picked in a few days.