After a period in Open Beta, we are releasing the Chemical Reaction Update for everyone.

Containing three new scenarios, one new unit type and the target priority setting, this is the largest free update so far.

- Three new scenarios, two of which make use of the first incarnation of a new high-score system;
- One new unit type: Chemical Troopers; this unit is currently only available in the new scenarios, but there are plans to include it in future content as well. It's a squad of expert troopers using biochemical weapons, which they use to great effect for exterminating anything with more than two legs;
- The Target Priority setting (TPS); units can be set to prioritize firing at specific enemy types instead of aiming for the nearest target. For instance, if you want to automatically target Spitter Bugs with your Snipers, TPS allows you to avoid that level of micromanagement.

You can find the full changelog here.

Arachnid test subjects have broken out in a chemical lab and are now running amok throughout the facility. You are being sent down with a small squad, including several units of the new Chemical Troopers. While the incident is unfortunate, the situation provides an excellent opportunity to field test their new weapons. 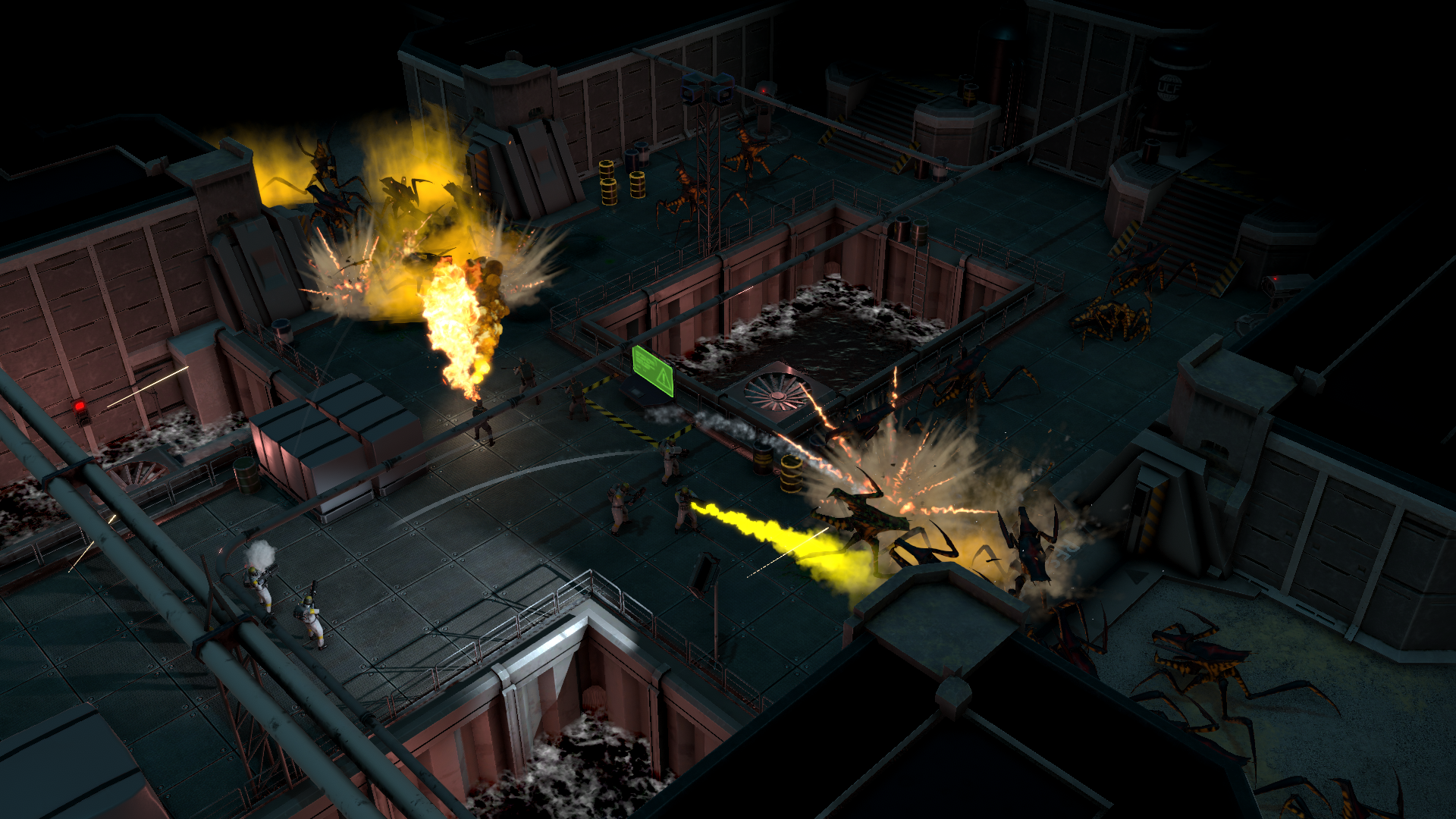 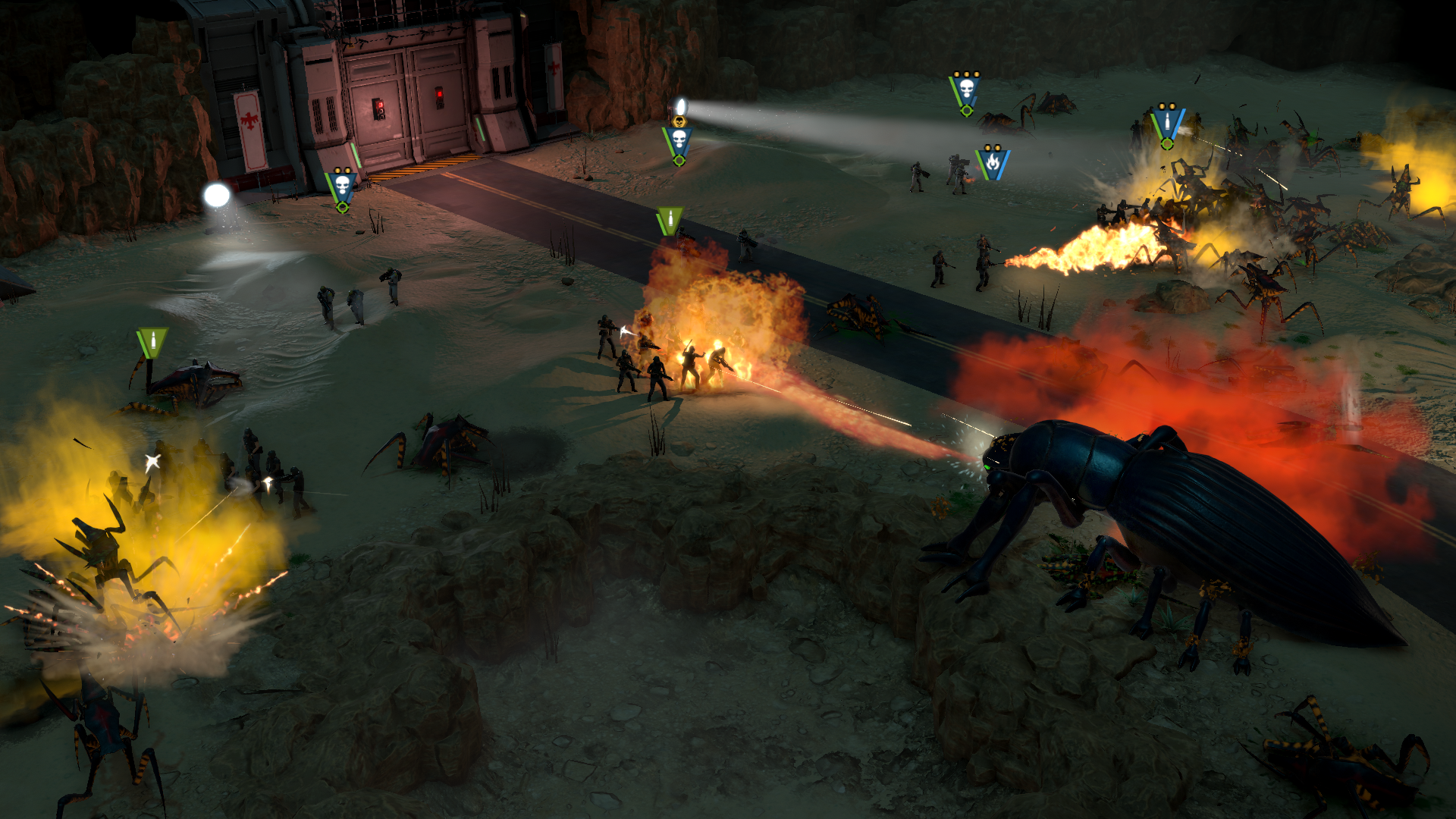 The Mobile Infantry conducted a large field experiment with the new chemical weapons after successful lab trials. They will be used to clear an industrial complex and defend it against endless Arachnid attack waves. Killing bugs will grant "requisition points," which can be used to request new units, open gates to new areas, or increase your War Support. The experiment's success will be determined by how long you survive. 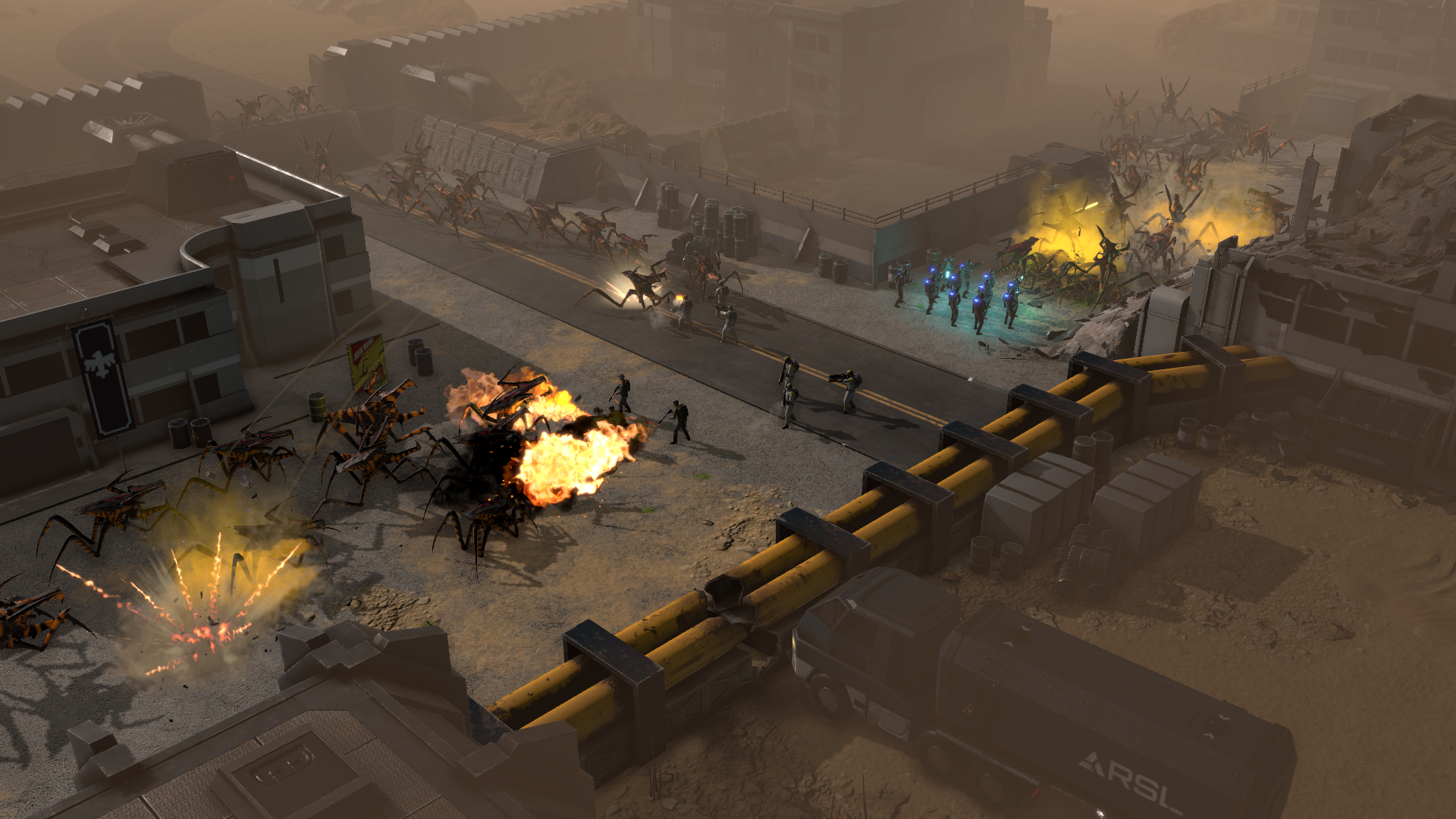 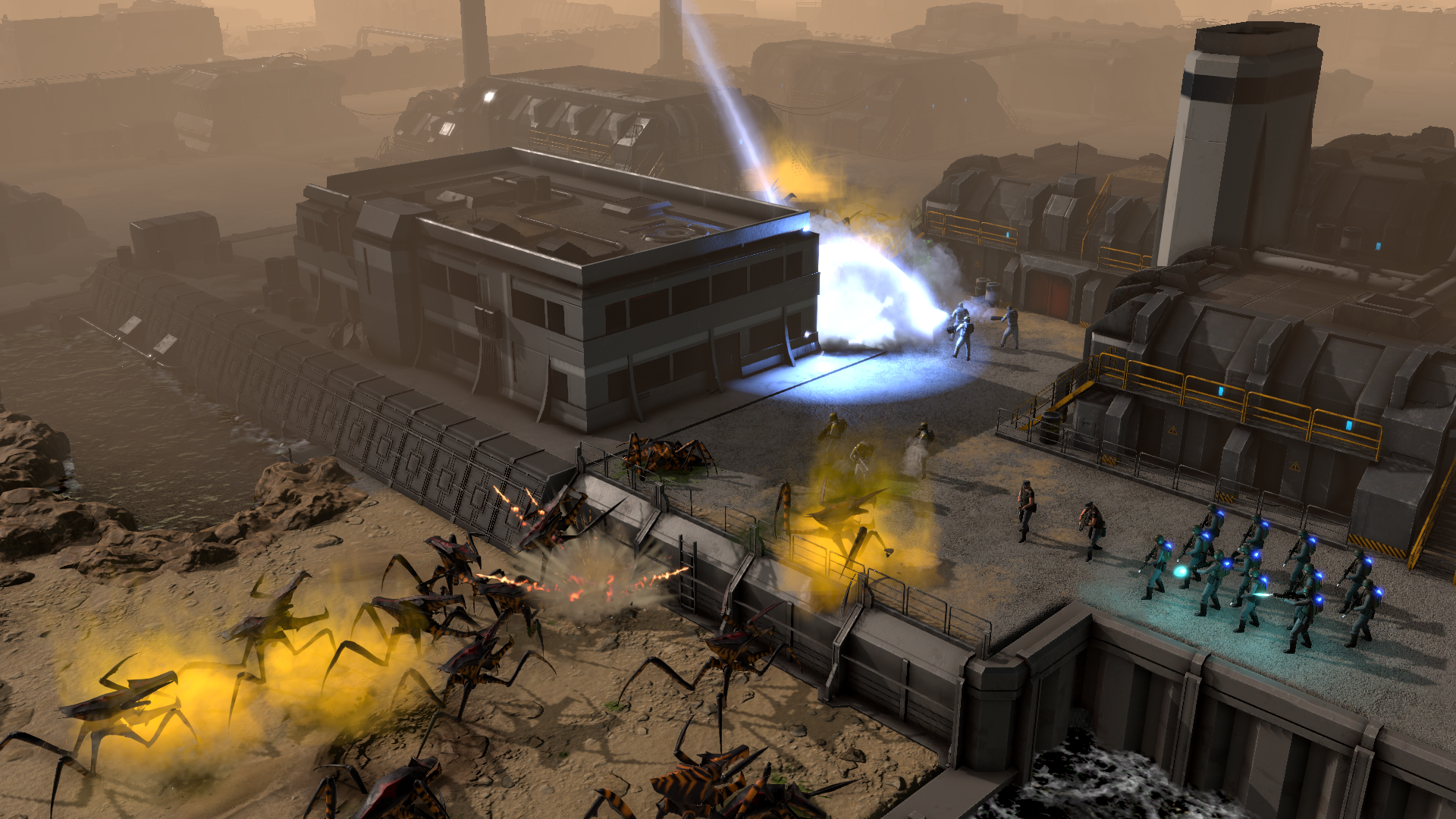 As the Chemical Troopers continue to provide their value on the battlefield, Terran Command has sent them down into a large canyon crawling with Bugs.
Lead them along the rocky trail to clear out all hives, but carefully decide when to push and when to hold: More and more Arachnid hordes are entering the canyon from the rear! 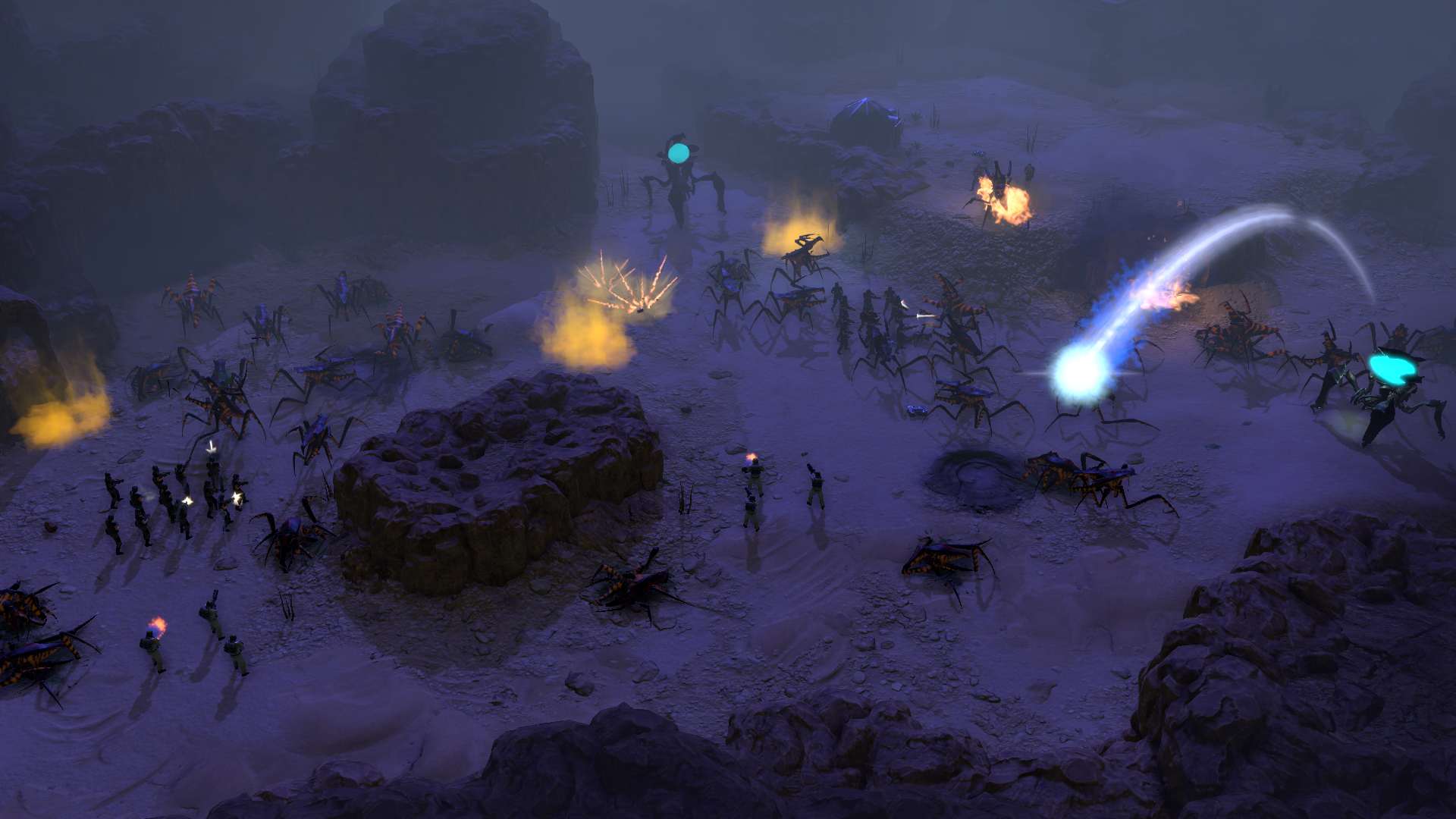 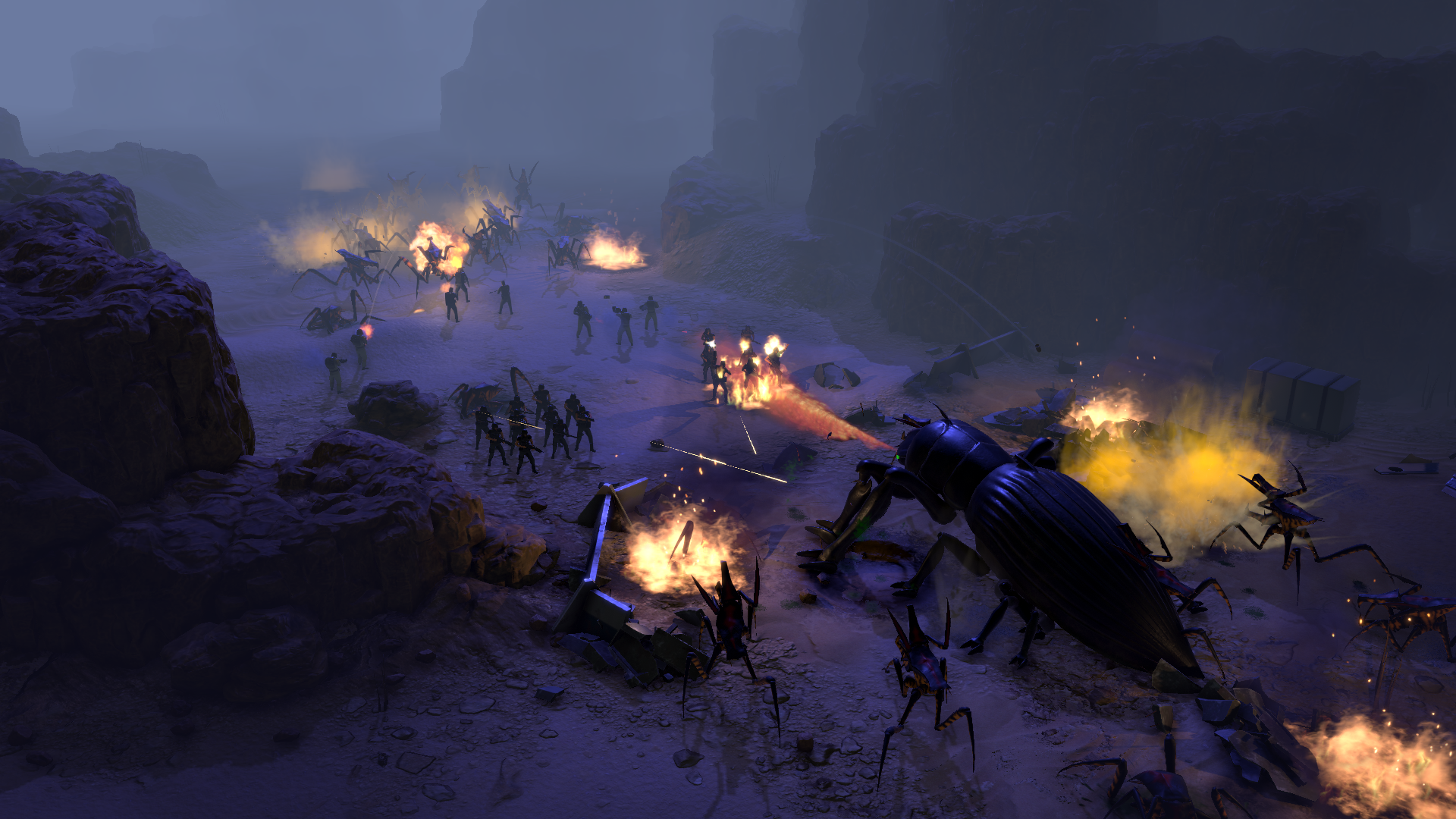 If you are on the Open Beta, you don't need to opt out in order to download the update. You have exactly the same version of the game as players who are not and are downloading the new update.
In fact we would be extremely grateful if you could stay on the Open Beta branch, because we are going to be needing more testers for future content very soon.

Later this week we are going to showcase the new update and play all the three scenarios live on Twitch.

Join us on Friday November 18 at slitherinetv at 10 pm GMT.