Pride of Nations - The Scramble for Africa Campaign 1880 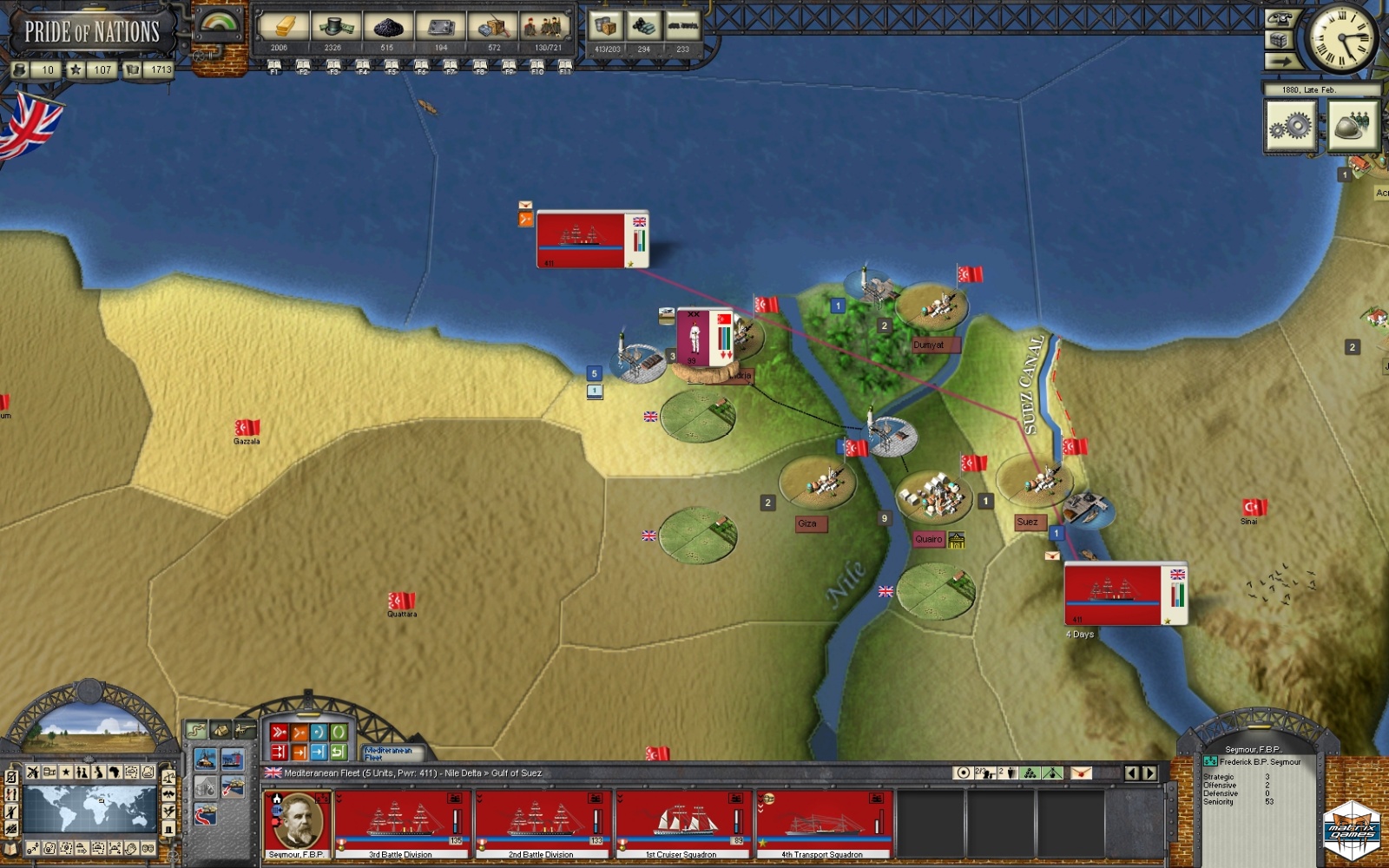 This medium campaign scenario starts in 1880 with most major powers having a solid industrial base and solved domestic issues (Civil War in the USA, Meiji reforms in Japan) or international recognition (Germany and Italy have succeeded in their unification process). 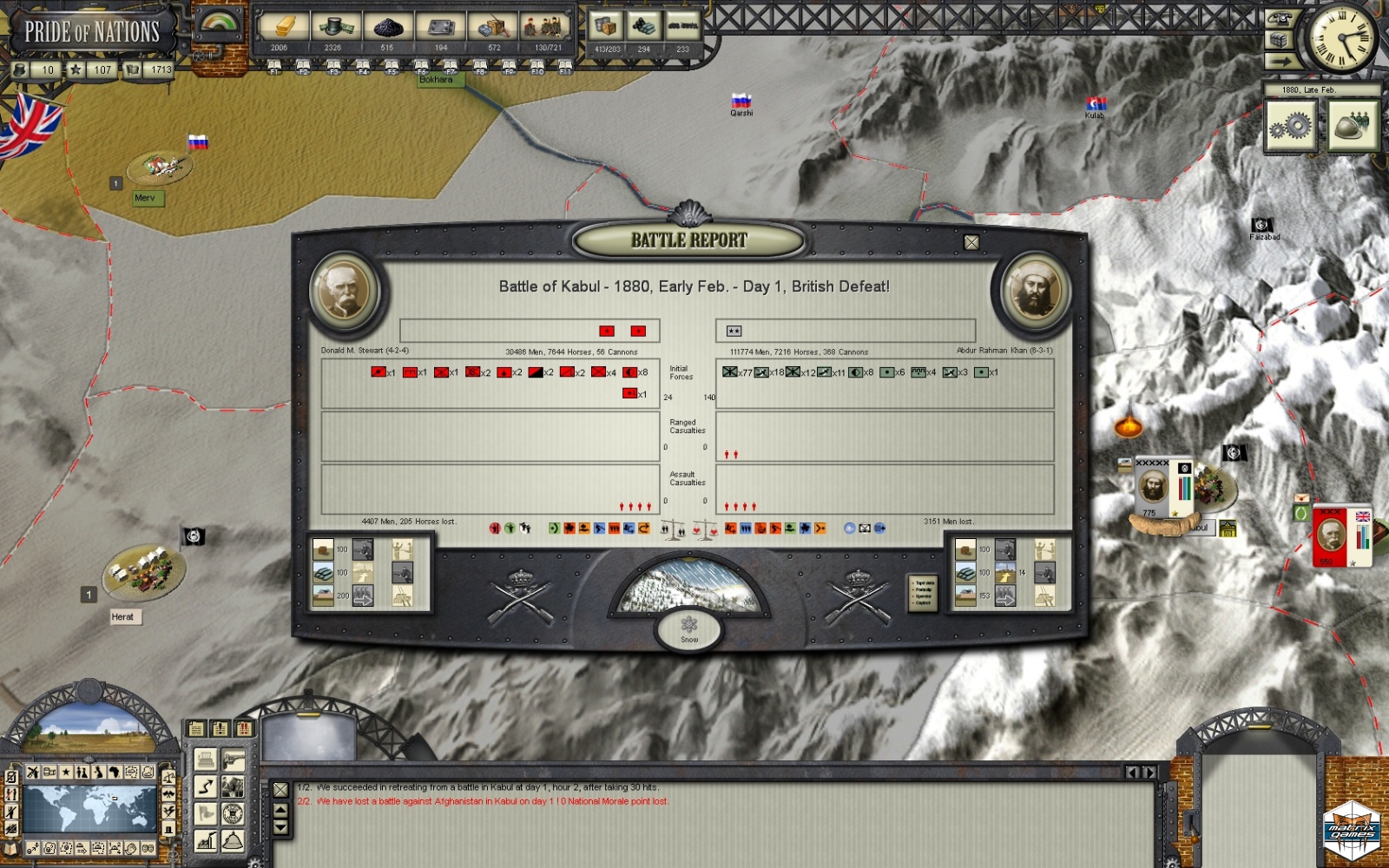 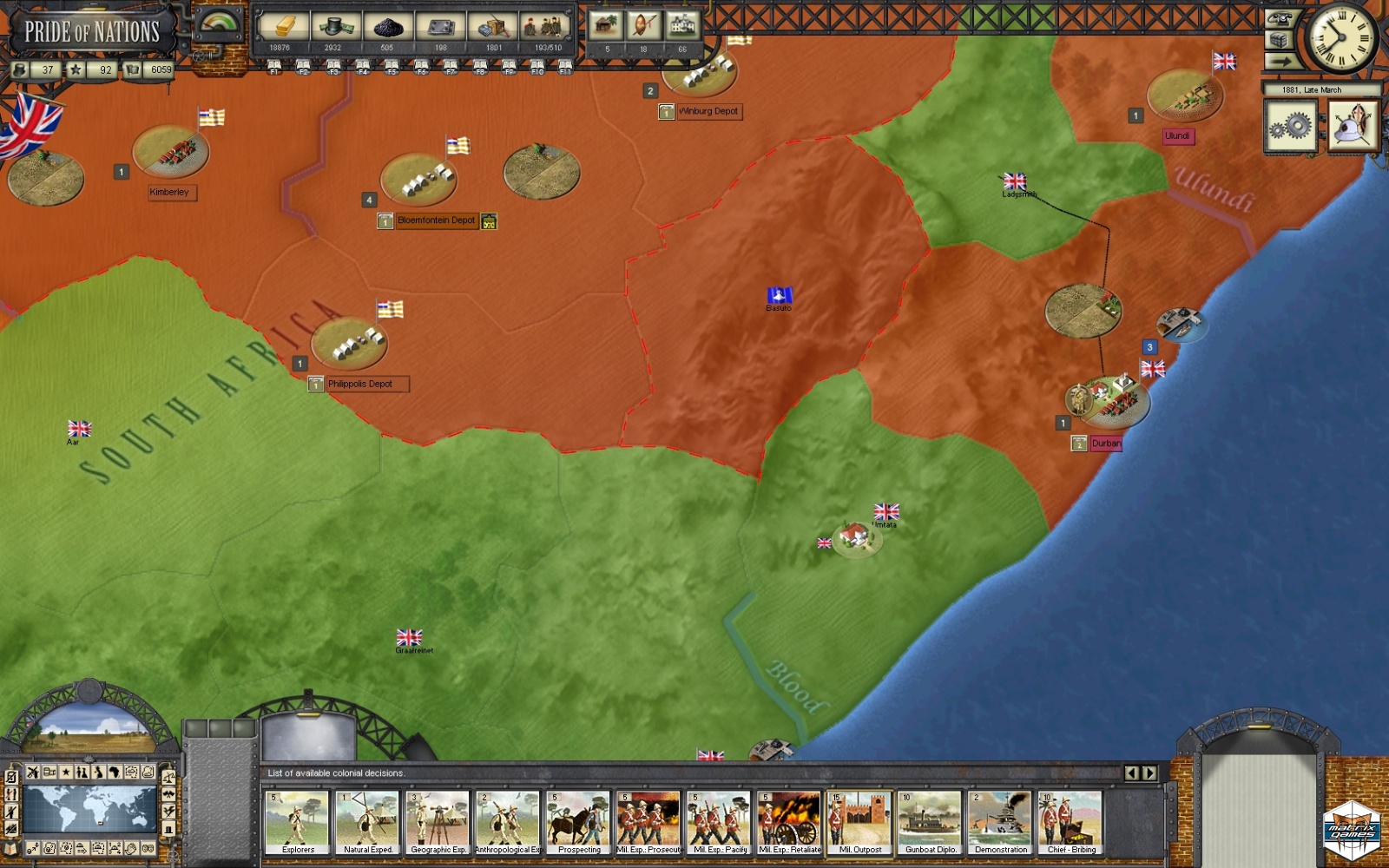 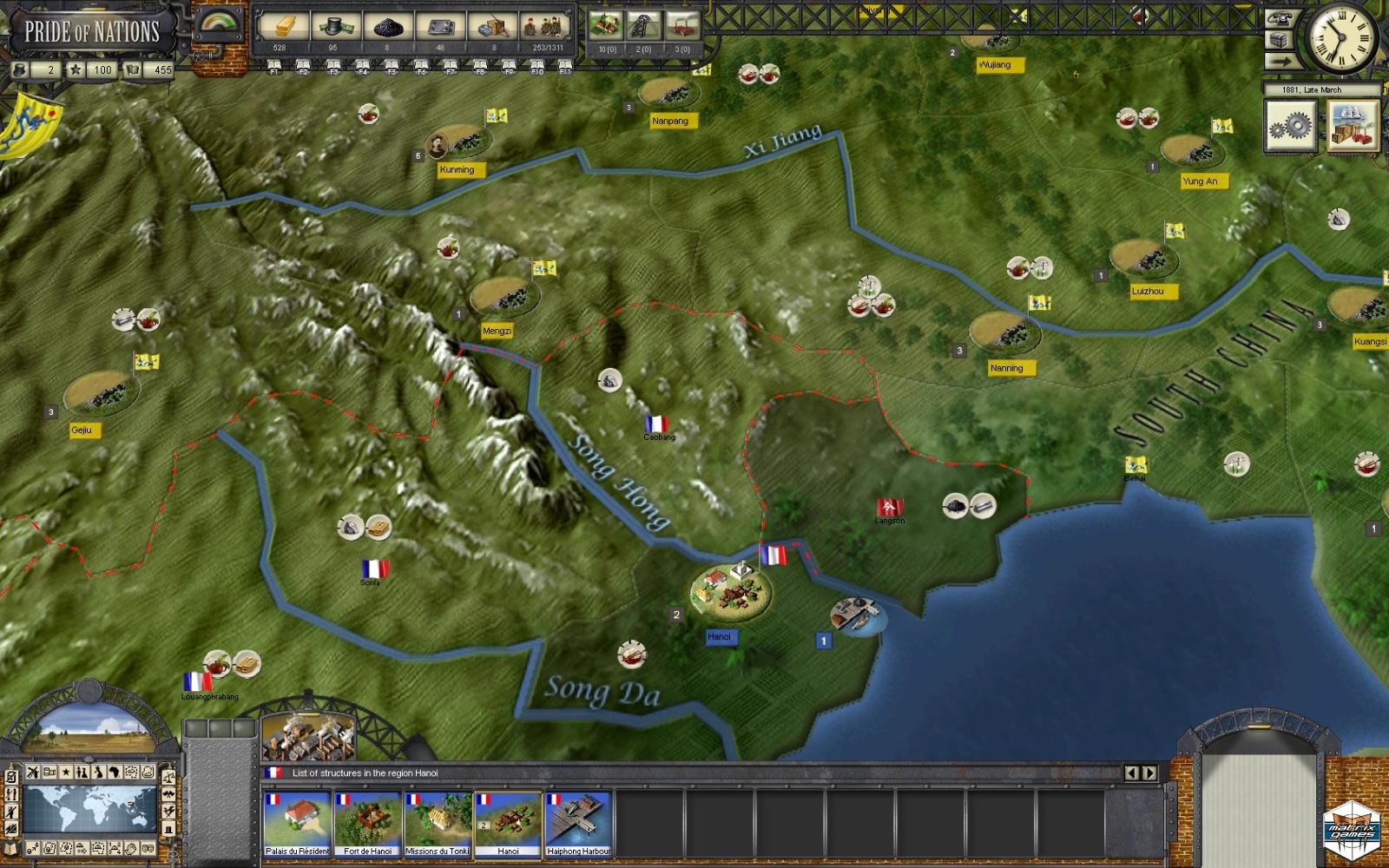 The Scramble for Africa Campaign 1980 is an expansion for Pride of Nations, a turn-based historical strategy game set in the colonial era of the 19th century, where the player takes control of a country and guides it through industrialization, military conquest, and colonization.

This medium campaign scenario starts in 1880 with most major powers having a solid industrial base and solved domestic issues (Civil War in the USA, Meiji reforms in Japan) or international recognition (Germany and Italy have succeeded in their unification process).

The Berlin Conference of 1878 has opened a large field of expansion for the European Powers in the Dark continent: the Scramble for Africa will begin soon… But conflicts will not be limited only to colonial expansion overseas, as the rampant imperialism of all the Great Powers shall likely trigger a lot of crisis…till the major one, the Great War.

Will you be the one to avoid it, or win it when the guns of August have started firing?