The Operational Art of War IV

The Operational Art of War IV is the new generation of operational wargames. With more flexibility than before and with a new array of excitement features, it will make you relive the most iconic battles of the 20th Century to modern day, including the ones that never occurred! 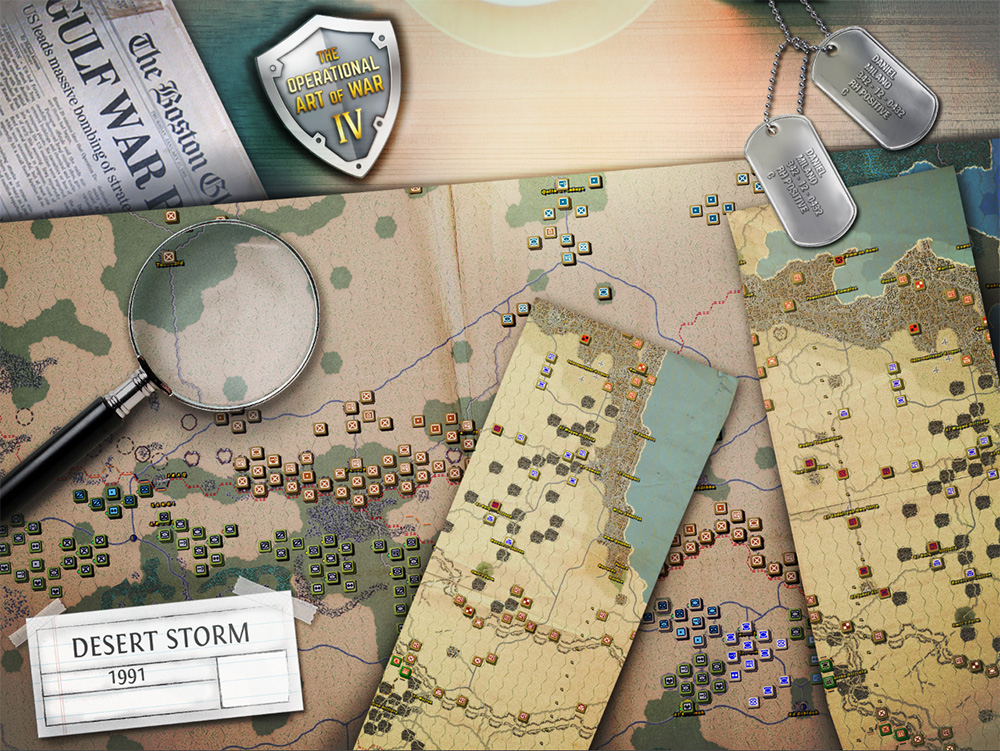 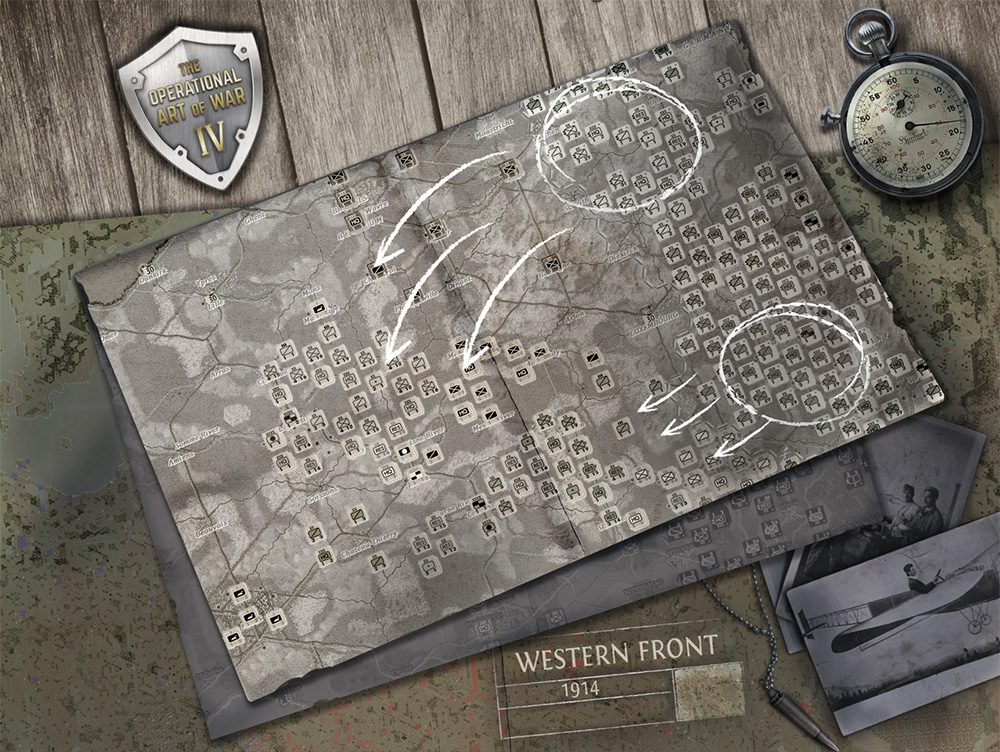 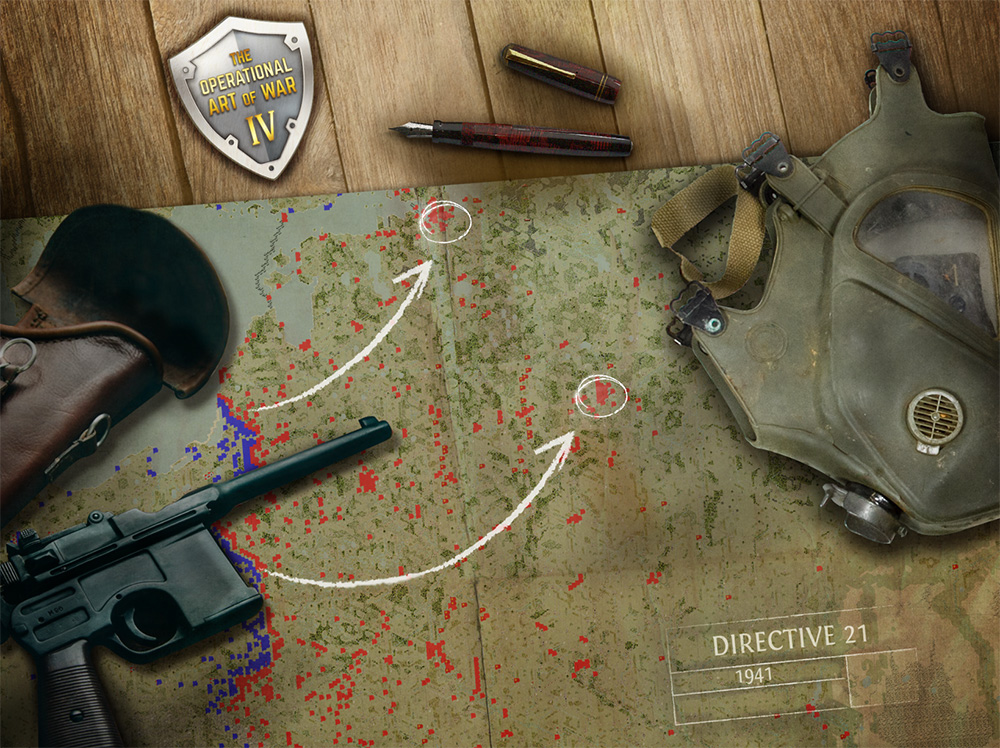 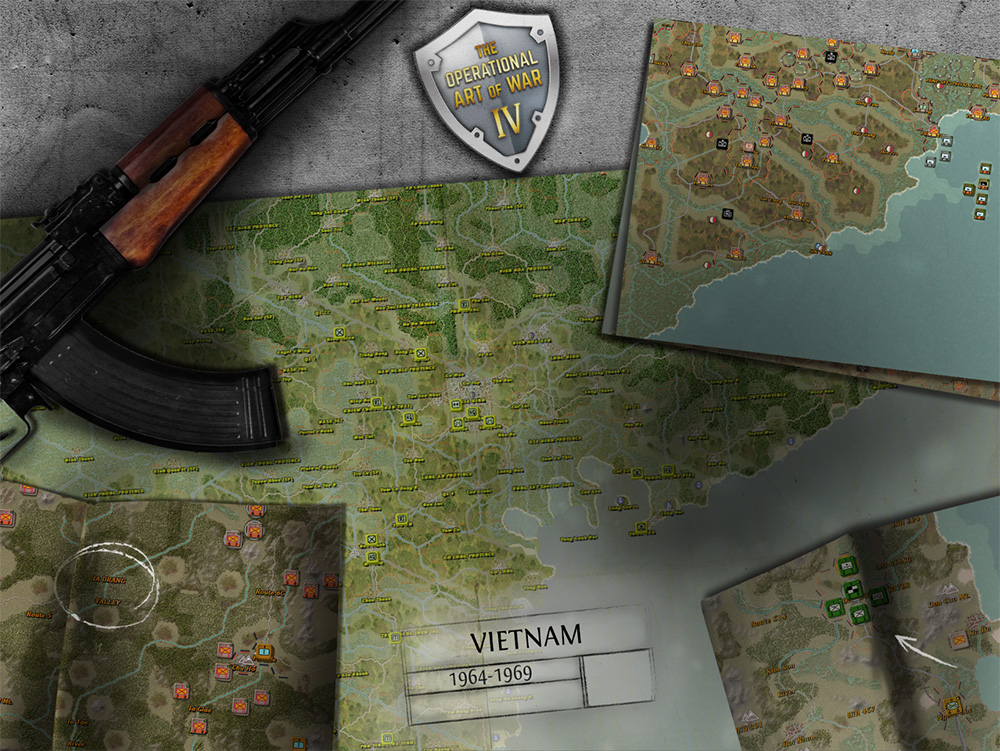 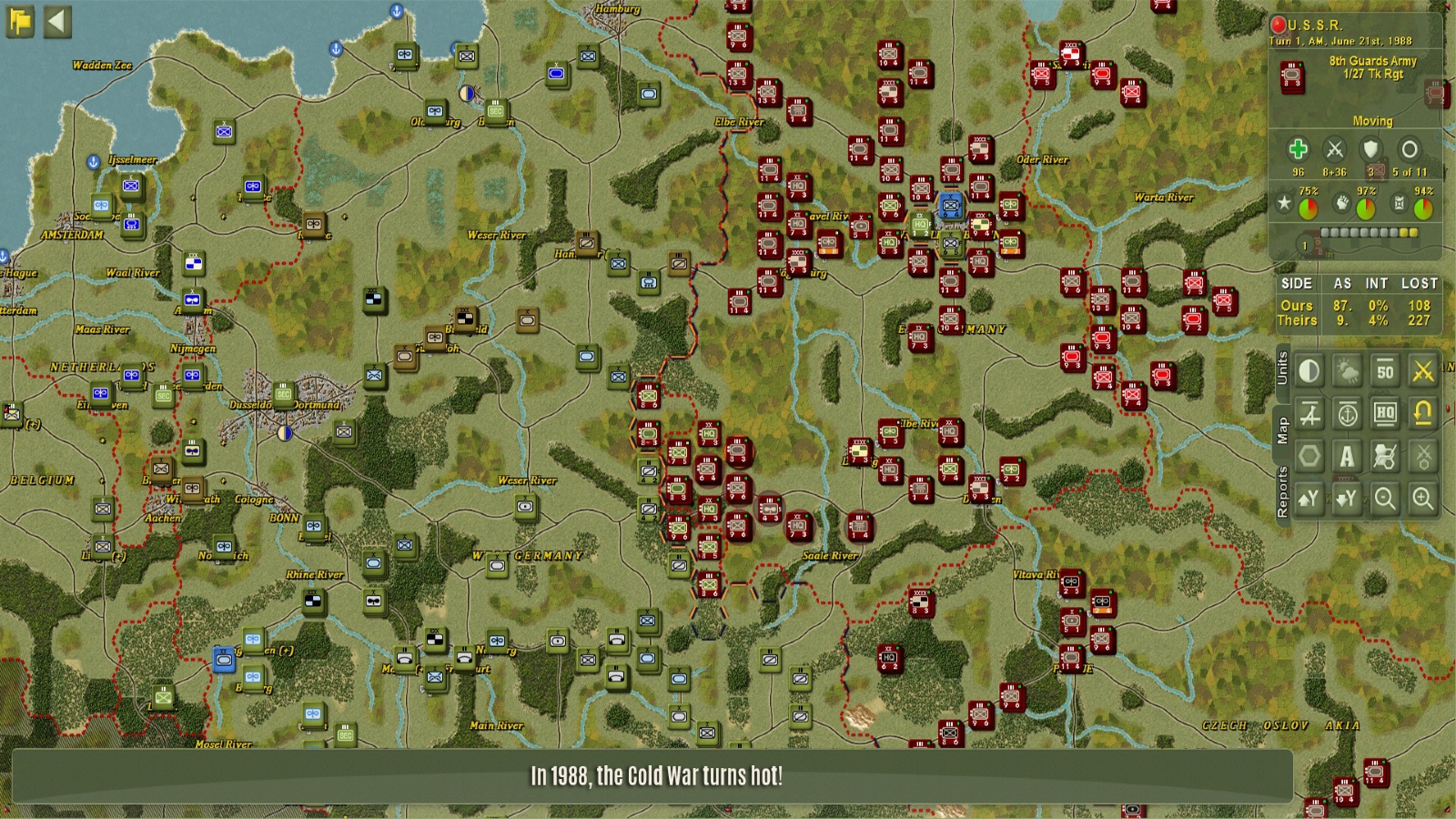 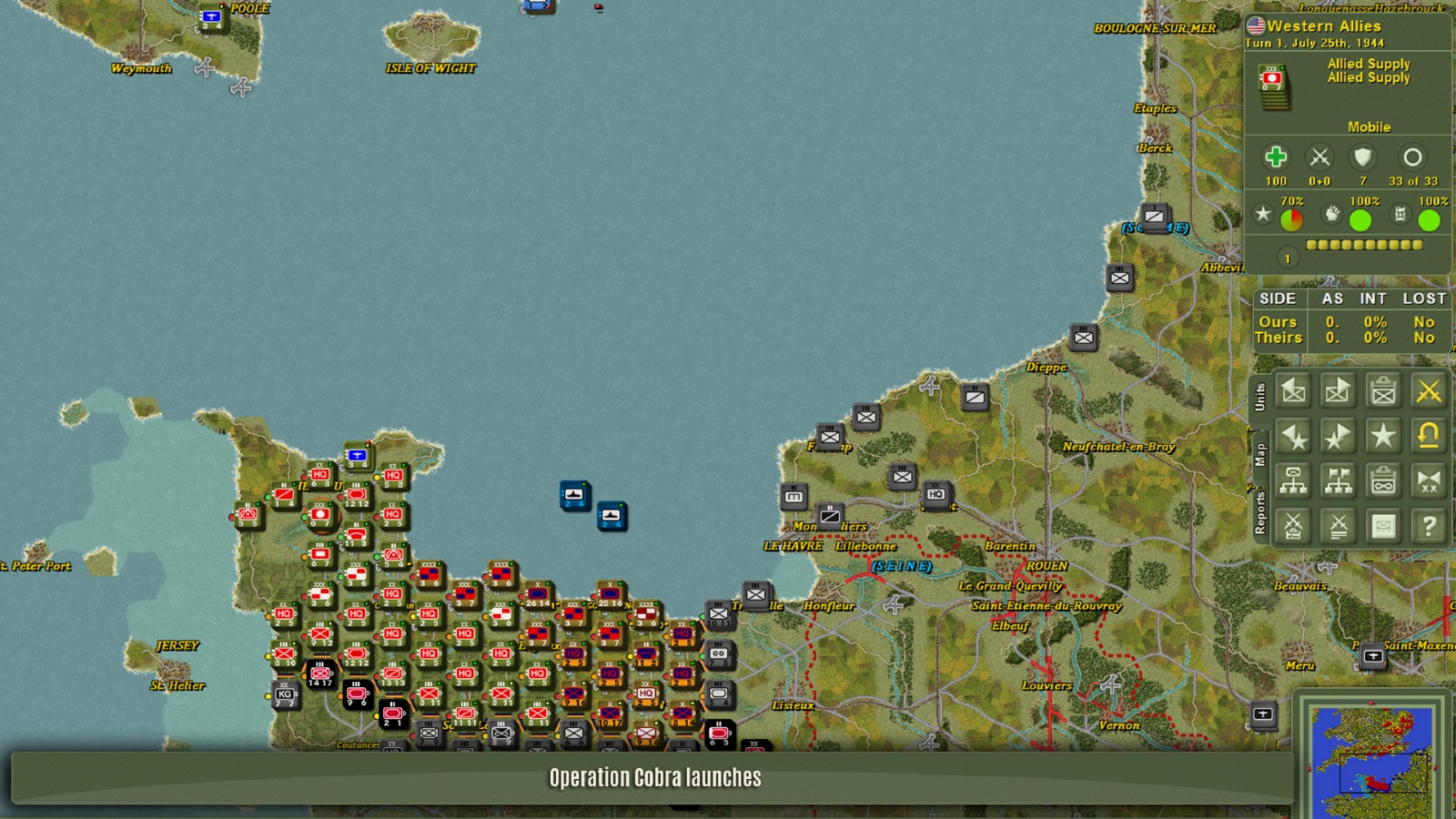 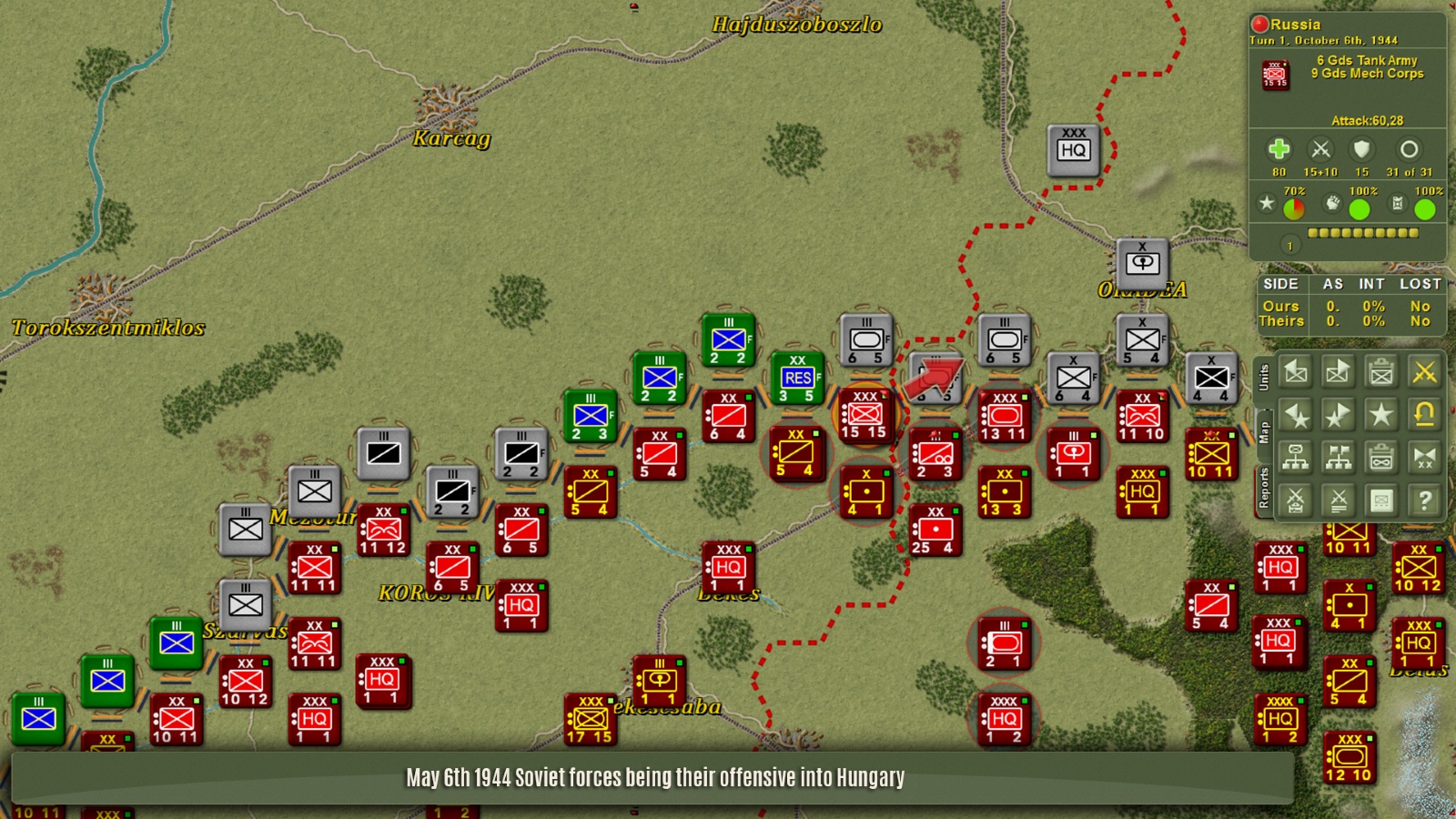 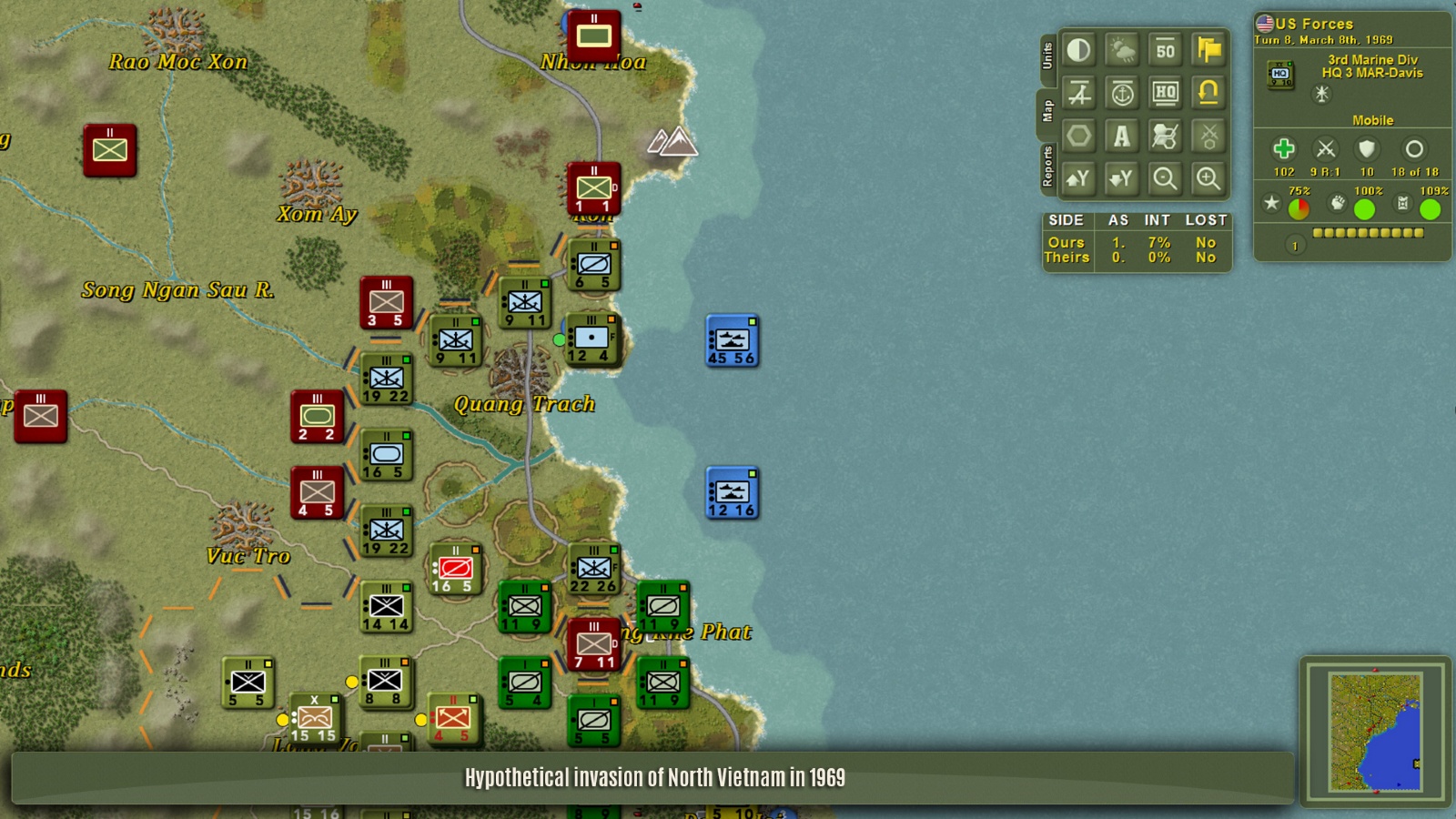 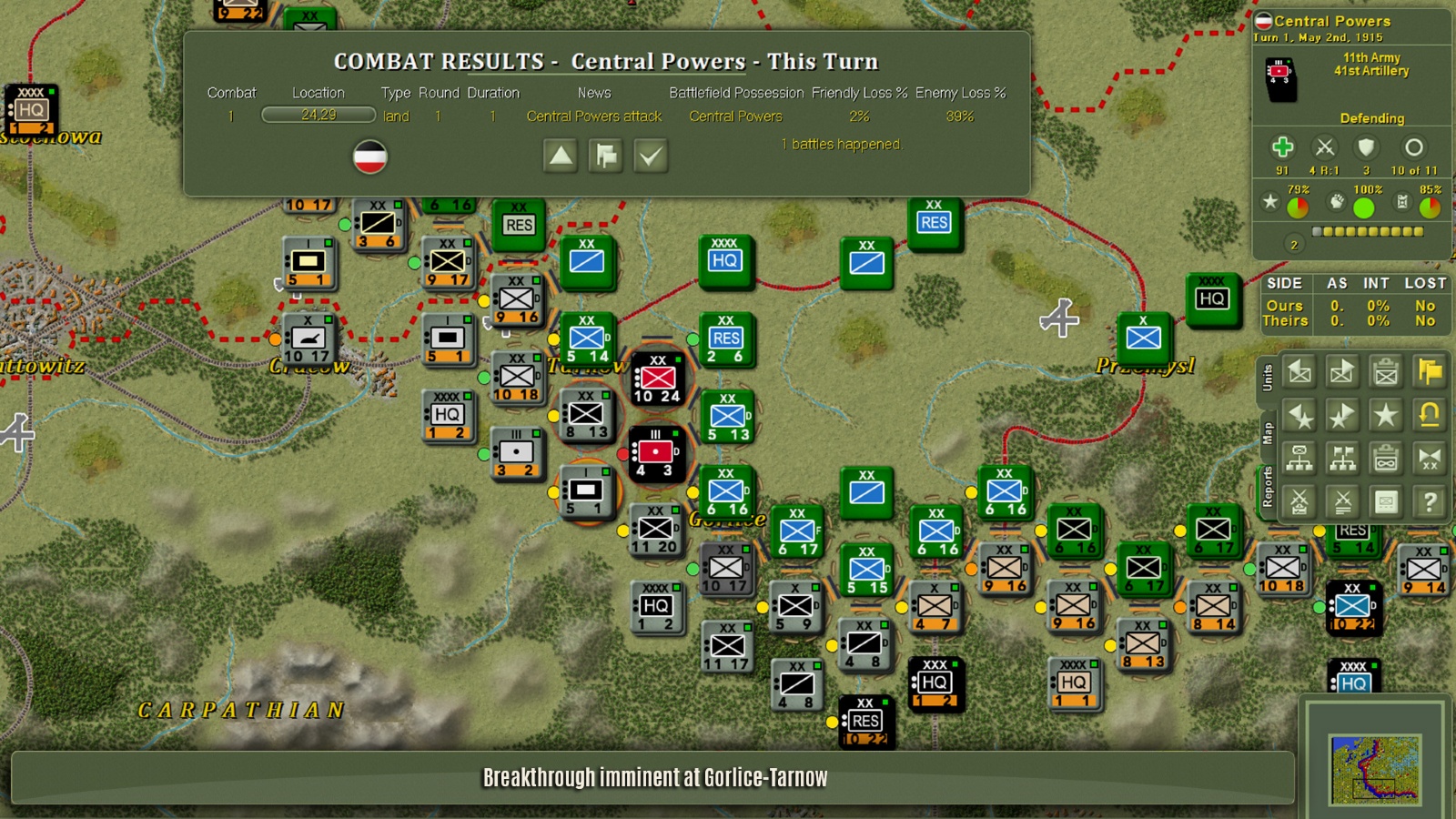 The Operational Art of War IV is out on Steam

Oct. 15, 2018 - One of the deepest wargame ever made, encompassing over 100 years of conflicts all around the…

The Operational Art of War goes on Steam this month!

Oct. 09, 2018 - The Operational Art of War IV, the new generation of operational wargames, will be released on…

Jan. 10, 2018 - Good news from the front! The Operational Art of War IV has reached a new important milestone, as…

The Operational Art of War IV is the new generation of operational wargames. With more flexibility than before and with a new array of exciting features, it will make you relive the most iconic battles from the dawn of the 20th Century to modern day, including the ones that never occurred! The legend is back!

More than 200 scenarios like the Battle of Marne, Dien Bien Phu, the Batte of Arnhem, the Falkland Invasion - and lots more! - will forge your strategy skills and ability to master all kind of troops and terrains! The entire naval warfare system has been completely revised and implemented, bringing its realism to a new, higher, level! The supply system has been greatly enhanced, allowing a more gradual simulation without adding extra tasks to the players.

A new Battlefield Time Stamp feature takes on TOAW's unique way of handling game turn resolution and makes it easier for players to plan ahead! In addition, the game will feature an Improved combat resolution, a much more consistent combat round management, along with major improvements to the TOAW Editor Event system, making complex scenarios easier to create! And for those intimidated by large scenarios, an Improved PO/AI assist automation exists to make handing off part of your friendly forces to the AI easier!

The Operational Art of War IV is the top-notch military simulation that every wargamer needs!

The modeling of ships has been improved. Instead of treating ships as a single piece of equipment, like a gun or a squad, they are now treated as complex systems that incur damage in combat. Ships have new armor, durability, accuracy, speed, and agility parameters. Embarked units no longer employ their own strengths in defense. Naval combat now evaluates attackers’ Anti-Naval strengths as individual shots/planes – employing their shell weights to determine armor penetration and resulting damage. Sea Interdiction can now be employed by aircraft, ships, and coastal guns. Ships subjected to sea interdiction fire counterbattery back (or, in the case of carriers, counterstrikes).

There is now an intermediate supply state that falls between “Supplied” and “Unsupplied”. It’s called “Overextended”. A new parameter called the Overextended Supply Threshold has been implemented. That is the location supply value below which locations are overextended. Units in such hexes will function somewhat between how supplied and unsupplied units function. The result will be that it will be much more difficult for units to press on at red-lined unit conditions from such locations.

Motorized unit movement over improved roads can be set by the designer to be less than one MP per improved road hex (for example, ½ MP per hex). If optioned, this affects supply in that supply lines traced over improved roads will extend proportionately further than over other terrain, like regular roads. Note how this would especially affect desert scenarios. The limit of 50% unit supply recovery per turn has been lifted.

Range Limits (Ranged units can have their nominal ranges player limited. This can be used to tailor bomber ranges to match fighter cover ranges or to make units with multiple range equipment operate within the range of the shortest-ranged equipment. The DBR will reflect the modified range)

CD-ROM
Only for physical version 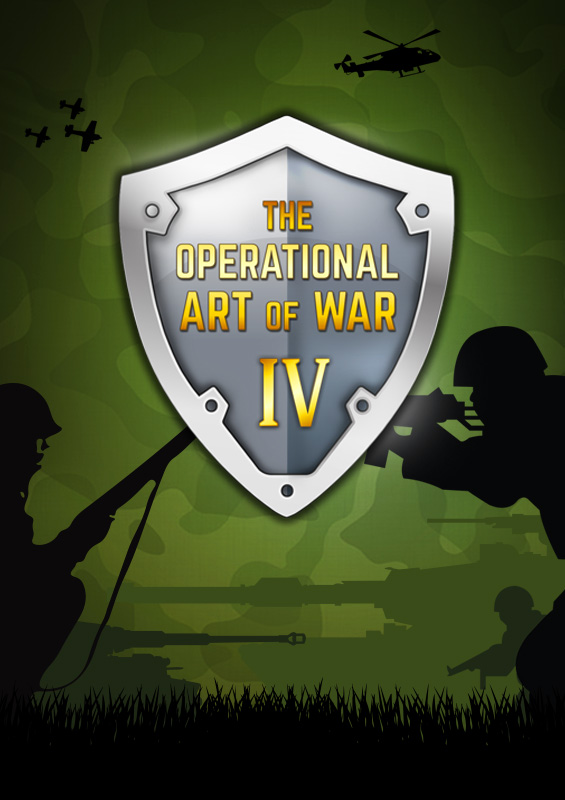 Color box and disk with Color Hardback manual
This edition comes with a full color printed hardback book as the manual, where the DVD is inserted in to the front cover with order number and serial number. Also includes a PDF E-Book indexed manual.